David “Panama” Francis, legendary drummer noted for a career remarkable for its longevity—dating from Harlem jazz spots of the 1930s to Hollywood movie sets of the 1990s—but for its sheer scope as well. Who else could have claimed to have worked with Cab Calloway, Frankie Valli, Dinah Shore,The Platters and LaVerne Baker, to name just a few of his colleagues.He then established himself as a dynamic leader of the revived Savoy Sultans.

David Albert Francis was born on December 21, 1918, in Miami, Florida. He played drums at a young age and gained most of his early experience on the instrument at church meetings around his hometown. He also began playing in a local drum and bugle corps at the age of eight. While still a teenager, Francis joined his first band, the Cavaliers, under the direction of saxophonist George Kelly. In 1938, not quite 20 years old, Francis traveled to New York City in search of his big break. After impressing trumpeter Roy Eldridge at an informal jam session with Billy Hicks and the Sizzling Six, the bandleader offered Francis a position with his band, which headlined at the Arcadia Ballroom.

Joining Eldridge's band proved fortuitous, since he was acknowledged to be one of the best jazz musicians of his day. Francis gained not only a great mentor, he earned a lasting nickname as well. When Glaser had first asked Eldridge who the new drummer was, Eldridge could not remember Francis' name. Looking at the Panama hat, Francis regularly sported, Eldridge replied that the new drummer was named “Panama.” The other band members assumed that the moniker was the new addition's real name, and it stuck throughout his career. From then on, the drummer almost always appeared wearing his trademark Panama hat.

From Eldridge's band, Francis went on to join the Lucky Millinder Band. He stayed with Millinder through World War II, often playing at Harlem's legendary Savoy Ballroom, and recorded a few big-band jazz songs with the group.

Francis then earned a spot with Cab Calloway's big-band jazz group, one of the most famous of the era. During his five years with Calloway he sat in with almost all of the leading orchestras of the day, including groups led by Duke Ellington, Tommy Dorsey, and Ray Conniff. In 1953, having secured a reputation as one of the era's great jazz drummers, Francis started to work regularly as a session drummer in various recording studios; it was this work that would make Francis a permanent part of pop music history.

With R&B making inroads into the pop music mainstream in the 1950s, one of the leading labels was Atlantic Records, where Francis became a regular studio musician. Among his earliest contributions was his work with Ruth Brown, a leading R&B star who eventually earned an induction into the Rock and Roll Hall of Fame in 1991. “Jim Dandy,” a track that featured Francis' drum work, went to number one on the R&B chart in January of 1957 while peaking at number 22 on the pop chart. Brown, who became a lifelong friend, often requested that Panama Francis share the bill when she headlined at various clubs in New York City in the 1990s.

In the 1950s, Francis also played on a string of hits by the Platters, including the now-classic “Only You,” “The Great Pretender,” “Smoke Gets in Your Eyes,” and “My Prayer”; he drummed on “Splish Splash,” Bobby Darin's first hit in 1958. The following year Francis sat in on a recording session that produced another classic track, Dinah Washington's “What a Diff'rence a Day Makes,” which hit number eight on the pop charts in the summer of 1959.

In the 1960s Francis continued to play with a wide range of musicians, including Ray Charles, Perez Prado, Dinah Shore, and Sy Oliver. After 40 years in the music business, Francis finally gained a place as the headliner of his own band, the Savoy Sultans, for a concert special in 1974. Francis, who had admired the original Sultans lineup when they played at the Savoy Ballroom, included his very first mentor, George Kelly of the Cavaliers, in the group. The band re-formed in 1979 and the following year was named the Best New Group by the New York Jazz Society. From 1980 to 1985, they played regularly at the Rainbow Room, one of the leading cabaret venues in New York City. Francis also took the band on the road, opening the summer concert series at New York City's Lincoln Center each year.

Although the Savoy Sultans remained active as he reached his eighties, Francis went into semiretirement in Florida. He published his autobiography, David Gets His Drum, for young readers, and was honored with a proclamation declaring July 26, 1999, “David 'Panama' Francis Day” in Orlando, Florida. On November 11, 2001, Francis died of a stroke in a Miami, Florida, hospital.

Panama Francis became the first musician to be recognized by the Rhythm and Blues Foundation in 1993 and was also inducted into the Smithsonian National Museum of American History. Panama's drum sticks are on display at the Rock-n-Roll Hall of Fame to commemorate the musical artistry and lifelong contributions Panama made to twentieth century American music.

Gettin' In The Groove 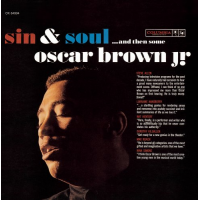 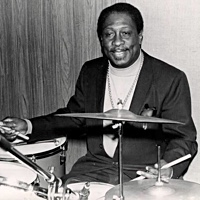 All About Jazz musician pages are maintained by musicians, publicists and trusted members like you. Interested? Tell us why you would like to improve the Panama Francis musician page.