A talented jazz pianist and keyboardist, the two time Emmy Award winning multifaceted Nick Manson is also a composer, arranger and producer who has excelled in several fields. His piano playing is swinging, lyrical, consistently inventive, and quite individual. Throughout his career, Nick's performances are both accessible and creative, appealing to a wide audience yet remaining true to himself.

Born and raised in the Seattle area, Nick remembers his early years. “My grandfather was a classical pianist so I heard classical music early on. When I was ten I switched from a home organ which I hated to the piano, having nine years of classical piano lessons. I first heard jazz when I was in the seventh grade and enjoyed seeing the high school stage band. I was really into big bands and that is how I got into jazz, listening to the music of Buddy Rich, Count Basie and Duke Ellington. I was also inspired by the Beatles and Elton John to want to make my own music.” While in high school, Nick went to Stan Kenton clinics, developing his skills as a composer and an arranger. He competed at all-state festivals in Washington and remembers his piano teacher giving him a copy of Chick Corea's Light As A Feather which made a strong impression. He also picked up some very valuable playing experience in an unusual way. “My parents had a restaurant. When I was a sophomore in high school, they would hire all of the top local players from the Northwest with the condition that they would let me play piano. So I had a chance to play three nights a week as a teenager. It was an invaluable learning experience.”

After high school, Nick Manson attended, on scholarship, the Berklee College Of Music. He was inspired and influenced greatly by Dave Mash and George Garzone in composition, arranging and improvisation. When he was 19 he moved to Los Angeles where he played with Lenny Kravitz's first band and attended the Dick Grove School. He became adept at using MIDI and electronics, and was one of the first to play, in concert, Yamaha's prototype of the DX7.

After moving back to Seattle, Nick became very busy doing production work while also playing jazz and creating music in a variety of settings. During his periods in Seattle and back in Los Angeles for a decade, he was quite productive, producing, arranging and performing music on CDs and for films, television and commercials. He won two Emmy Awards for his work on the Seattle television show How 'Bout That, for best piece of music in a musical segment and for best musical production in a half-hour television show. He arranged more than 1,200 titles for the Muzak corporation and currently has original music playing internationally on Muzak, DMX and Spafax. For much of a decade, Nick was a major player in the development and design of Atmosphere, Stylus, Trilogy and Stylus RMX for Spectrasonics virtual instrument plug-ins. He has owned and operated his own recording studio for the past 20 years and runs his own CD label, Manasus Music. He has been a guest lecturer and clinician at many schools (including USC, the Los Angeles Music Academy, Iolani School in Honolulu, Bremerton Community College and Edmonds Community College) and he taught music theory at the Art Institute of Seattle in the early 1990s. In addition, his trios and quartets have performed dozens of times for Microsoft's functions in addition to Bill Gates' wedding and 20th high school reunion.

In 1994, he recorded the NICK MANSON TRIO: GUEST ARTIST JOHN PATITUCCI CD with his group of the period which also included bassist Clipper Anderson and drummer Mark Ivester; John Patitucci guests on two of the selections. In more recent times, he recorded Jazz Impressions: Ray Charles which features ten songs associated with Charles. “The Ray Charles project was a labor of love. My father really dug Ray Charles so that was my inspiration although unfortunately he passed away four months before I finished the CD.” Among Nick's sidemen on this highly enjoyable tribute are his longtime associates saxophonist Andy Suzuki (who he has known since high school), bassist Dean Taba, drummer Kendall Kay and singer Roby Duke. Among the catchier performances are infectious versions of “Dawn Ray,” “Hit The Road, Jack,” “It's All Right” and “What'd I Say.”

In December 2006, the pianist and his wife, Nona, moved to Phoenix although he still performs often in Los Angeles. He works with Suzuki, Taba and Kay in a quartet, gigs with trumpeter Steve Huffsteter's big band and Latin jazz group, and heads his own swinging jazz combos.

“Recently I have decided that I want to completely devote my life to composing and performing creative music,” says Nick Manson. “Every time I play, I want to sound like myself and add to the legacy of the music. That is my main goal; to sound like who I am as a person and to play music that both challenges me and that people will enjoy.”

Manson is an excellent technician at the keyboard, and he brings to his compositions a very natural sense of melody.
-Jay Deshpande, allaboutjazz.com, November 2008

Fender Rhodes enthusiasts will absolutely adore Nick's touch on the keys as he is quite comfortable in expressing himself fluently in the language of modern jazz.
-Rob Young, theurbanflux.com, September 2008

Manson's gorgeous tone is crystal clear, with a wide palate of dynamics...
-George Harris, All About Jazz, July 2008

Manson is an excellent technician at the keyboard, and he brings to his compositions a very natural sense of melody.
-Jay Deshpande, allaboutjazz.com, November 2008

Fender Rhodes enthusiasts will absolutely adore Nick's touch on the keys as he is quite comfortable in expressing himself fluently in the language of modern jazz.
-Rob Young, theurbanflux.com, September 2008

Manson's gorgeous tone is crystal clear, with a wide palate of dynamics...
-George Harris, All About Jazz, July 2008

Manson enjoys little parabolic phrases which he repeats and then turns into lengthy runs. He has a very light, nimble touch and he puts each note exactly where he wants it.
-Andrew Freund, Earshot Jazz, April 1995

I'm very impressed by Nick's songs and always proud he can use my sounds!
-Thomas Hansen Skarbye, Scarbee, June 2007 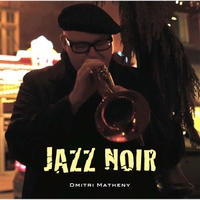 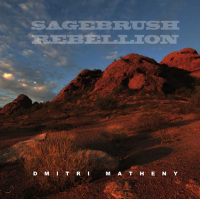 From: Sagebrush Rebellion
By Nick Manson

In Loving Memory To Roby Duke

From: Mercator
By Nick Manson

All About Jazz musician pages are maintained by musicians, publicists and trusted members like you. Interested? Tell us why you would like to improve the Nick Manson musician page.