Before moving to New Zealand, Dr. Lisik was Assistant Professor of Music and Director of Jazz Studies at LeMoyne-Owen College in Memphis, Tennessee where he created the African Drumming Ensemble (LOCADE) and the LeMoyne-Owen Records label, producing four CDs of student work.

The Dave Lisik Quintet has released two CDs, Hurricane Ophelia (2008), and Bono in the Temple (2007), (a third recording, Machuat Man and a Superman Hat will be released in 2010), and has made many appearances in Memphis (TN), Tunica (MS), Winnipeg (Canada), Waterloo-Cedar Falls (IA), and Bismarck-Mandan (ND) including the Jazz Winnipeg Festival.

Dave completed his Doctor of Musical Arts degree in Composition with a Jazz Emphasis at the University of Memphis where he directed jazz ensembles, small jazz groups and taught Jazz Pedagogy, Jazz Ensemble Techniques, Jazz Ear Training, and Jazz History.

From 1998-2003, Dave was Director of Bands at Murdoch MacKay Collegiate in Winnipeg, Canada where his ensembles were awarded 12 Gold ratings at regional music festivals, 2 National Gold Awards and a Downbeat Magazine Student Music Award. The Murdoch MacKay jazz program released 3 CDs: Ty's First Jordans (2000); Silence (2002); and Close the Lights When You Leave (2003).

All of Dave’s original work is published by Galloping Cow Music (ASCAP) and UNC Jazz Press and is available through the composer at www.davelisik.com. Show less 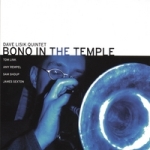 Bono In The Temple All About Jazz musician pages are maintained by musicians, publicists and trusted members like you. Interested? Tell us why you would like to improve the Dave Lisik musician page.