While taking its name from a 15th century Burgundian composer, Busnoys is very much a 21st century jazz group. The band is fronted by vibraphone player Martin Pyne, a passionate and engaging improviser, who makes imaginative use of electronic processing to take his instrument into unexpected sonic territories. Pyne is a member of innovative improvising trio "Dangerous Kitchen" with saxophone legend Stan Sulzmann and percussionist Simon Allen, and is also has an ongoing collaboration with sax man Tony Woods and vocalist Nette Robinson. The trio's repertoire is based around Pyne’s striking compositions, which more often than not draw listeners in by telling some kind of a story, as well as the occasional judiciously chosen standard. Pyne's themes aim to create strongly focused atmospheres for the players to explore through improvisation. Possible reference points within jazz history include the aforementioned Monk, Eric Dolphy, Bobby Hutcherson, Paul Motian and Bill Frisell, while beyond those boundaries the music draws on influences as diverse as John Cage, Balinese gamelan, Americana, electronica, and European free improv. Their debut album “San Angelo” has been well received in the jazz press, and has been broadcast on BBC Radio 3’s flagship new music show Late Junction.

Busnoys have recently begun an innovative collaboration with visual artist Maria Hayes, who sometimes appears live with the band creating digital images inspired by the music in real time.

The bands latest release on TallGuyRecords is “by tapering torchlight” featuring ten more striking compositions by Martin Pyne, and featuring a sensational guest appearance by trumpeter Pete Judge, best known as a member of the award winning quartet Get The Blessing.

Virtuosic bassist and composer Jeff Spencer, main man in Bristol’s exciting Resonation Big Band, and now his London based ensemble Crocodile holds the bass chair originally filled by Jim Barr of “Get The Blessing”, and has quickly developed a real musical empathy with Pyne.

Drummer Trevor Davies has long been a mainstay of the thriving Bristol jazz scene, much in demand for his subtle touch and sensitivity, and his willingness to play at ALL dynamic levels. In recent times he has worked with Byron Wallen, Anita Wardell, Iain Ballamy, John Paricelli and Art Themen.

The range of the compositions, coupled with the imagination and interplay of the trio make for a rich and evocative soundworld, full of freewheeling melodic improvisation, and hypnotic atmospheres, at one moment groovy and swinging, the next atmospheric and tender. 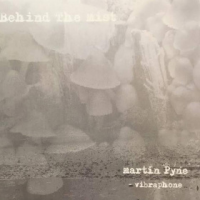 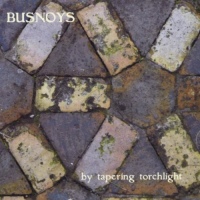 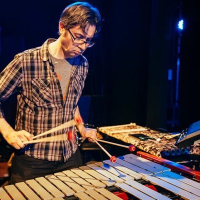 All About Jazz musician pages are maintained by musicians, publicists and trusted members like you. Interested? Tell us why you would like to improve the Martin Pyne musician page.