Internationally-acclaimed singer-songwriter KJ Denhert was recently tasked with telling her life story in a series of 10 slides. The first image she chose was that of a record player. “I spent hours in front of the record player dancing to the same song over and over. I must have been about 4 – music really held me together growing up. ”

KJ’s career spans 40 years, 10 albums, with legions of devoted fans worldwide. She grew up in a time of fiery cultural upheaval and has experienced profound social growth in the world as she sees it. Her albums are personal and this, her 11th album, is her first in five years. “The songs on this album are a look at who and what made me who I am today. It is the right time for these particular stories for me.”

KJ is a kinetic soul unbound by identity directives. With her acoustic guitar, she draws from a broad palette of urban musical heritage, and jazz and folk traditions. KJ is a gifted guitarist who can effortlessly inhabit and meld many musical worlds with reverence and authority. Her soulful and smoky vocal stylings are earthy and elegant. Her lyrics embody the romance and poetry of the American Songbook; her truths are written with empirical detail. As the storyteller who has lived these tales, KJ liberates her listeners with understatement.

Her formative influences include singer songwriters like, James Taylor and Joni Mitchell. Born the same year as Michael Jackson and Prince she embraced them and loves Stevie Wonder and Chaka Kahn. everything from the classic folk of Canadian songwriter Bruce Cockburn to the jazz rock fusion of Steely Dan and of course the Beatles who she re-invents on several of her last albums.

She has seen the pyramids in Egypt; and the Indian Ocean, where she entertained a 4,000+ audience of troops for the USO. Her fans have flown her around the world like the trip to play a surprise birthday party in Sweden last June. She has a collection of high adventure tales, like being lowered from helicopters to perform at sea and visiting the active border between North and South Korea. This album could be seen as a prequel to those early years on the road.

KJ has garnered critical acclaim, earning seven Independent Music Awards, as a winning finalist in the Kerrville New Folk Song Contest, the Mountain Stage New Song Contest and as a grand prize finalist in the John Lennon Songwriting Contest. In addition to these accolades, she’s maintained a 20 + year residency at Manhattan’s storied 55 Bar and enjoyed notable artist residencies in Italy and on the island of St. Barthélemy.

KJ was born Karen Jeanne in Crown Heights, Brooklyn to Grenadian parents who migrated to New York, settling in the Bronx when she was 6. KJ has the distinction of being the first U.S. citizen born in her family. At age 10, she picked up her brother’s discarded guitar and set out to learn the instrument through listening to records. Writing songs came instantly and she wrote her first one after a teacher died. “I was a pensive kid, and I started out playing the guitar by making up my own song” KJ explains.

Growing up, she cultivated a meticulously self-curated world of books, songs, and poetry. Her unique aesthetic blossomed along with her music chops and soon, she was actively playing gigs. Her inaugural professional job was as a lead guitarist, and sometime vocalist, playing rock and top-40 music throughout the U.S., Canada and Europe with a traveling show band for one year. The next six years she spent touring the world with Connecticut-based all-female band Fire. KJ affectionately calls the period “seven years in spandex.”

After the group ran its course, she retreated to the safe confines of The Dannon Company, and stayed there for 18 years. “I vowed that I wouldn’t go out again as a full time musician unless it was to play my own music, and that’s what I did when I was 44, leaving behind my day-job – which most people would have called a career,” KJ says.

While working for Dannon in Cleveland, she founded her own label, Mother Cyclone Records, through which she released her debut album. In 1997, KJ moved back to NYC and formed the groove-centric collective The NY Unit which she still convenes to this day.

KJ’s most formative decades span the 1960s -1980s where she grew from a young girl to an adult while in the crosshairs of a world at war with itself. Her musical passion was born in those days— “back then I was all about defining and defending my integrity. I resisted being labelled. I didn’t even like the term singer-songwriter ” she reveals.

She recalls seismic moments that have shaped her with this album. A sense of feeling out of place in college at the prestigious Cornell University followed her on the road when she was hired to tour as a guitarist. “It was still quite a different world.” Leaving Ithaca, to go on the road she was told that she had to lose weight and that management had felt the need to misrepresent her as Puerto Rican versus black – for the sake of booking the tour. “I was glad nobody lied to me or went behind my back. The manager believed there were still parts of the country where my race might be an issue. It didn’t turn out to be one but I had to get out in the world to know that – and at the outset I was afraid of the unknown, but I believed in the people around me. I had learned what courage was in the Bronx.”

KJ’s latest album documents these crucial years of childhood to college that indelibly shaped her life perspectives. Fittingly, her new album is musically spare, centered around grooves and nuanced band interplay. “I wanted to bring the songs and songwriting out front,” affirms KJ. For the album, she is ably backed by her longtime bandmates, and she also branches out, working with producer Aaron Johnston from Brazilian Girls and his stable of musicians.

The sultry folk track “We Were Diamonds” recounts a painfully complex moment where KJ encouraged her friend not to back down during a threatening standoff. “The kids were rough at that school, but I wasn’t going to run away,” KJ recalls. “ I learned to deal with being afraid, but I also learned to be brave even if I came home and burst into tears.”

On “Esmeralda,” KJ paints a loving portrait of a friend she was grateful to have made in her Cornell days. Esmeralda towers above everyone in brilliance, worldliness, and height, but she is also something of an undiscovered gem. Here, backed by a tango-infused groove, a lush instrumental tapestry, including accordion, piano, percussion, strings, and harmony vocals, KJ emotes lovingly as she sings: Oh Esmerelda, sometimes you just play the part/Oh Esmerelda, don’t let them leave with your heart.

KJ’s invigorating track “Soul Music” is a snapshot of her survival plucked from her day-to-day existence while at Cornell. Every morning she would play Laura Nyro’s album, Smile to improve the tone of the day. It was a gesture of hope, and a respite from the disconnection, and social struggles, KJ experienced in college. “When my friend visiting from Italy said ‘I like soul music, I like soul music in the morning’- I liked the way it sounded. I was reminded of my own story and then it became the song.”

These days there is a lot of joy in KJ’s life. She’s a self-made woman who epitomizes staying power in a fickle industry, and she has created a unique aesthetic that’s broadly resonant. Pondering it all, she says: “I am humble about my career, but I can say I have enough because I have such complete freedom.” Show less

KJ Denhert Counts Her Blessings With Album No. 9 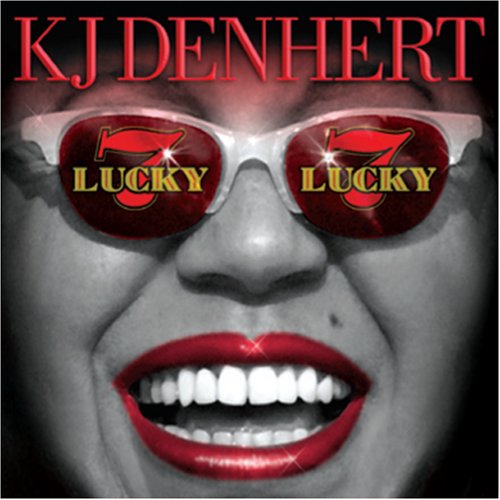 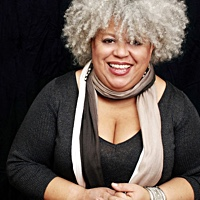 All About Jazz musician pages are maintained by musicians, publicists and trusted members like you. Interested? Tell us why you would like to improve the KJ Denhert musician page.