Vocalese is a term given to a small niche style of jazz and blues music. It is created by giving a vocal chorus to the instrumental improvisation played by a jazz or blues master. The vocal chorus is in tempo and syntax, and fits greatly with the ideas of the originator of the solo. It is a very difficult and exacting task and very few can master this art. The first was probably Eddie Jefferson, but the most famous of its practitioners was a guy known by the flowery and imaginative name of King Pleasure.

The King came to be at the legendary amateur night at the Apollo Theater in New York City one night in late 1951. Up to that time he was known as Clarence Beeks, but that night on stage he presented his own unique take on the standard tune "I'm In The Mood For Love". Using lyrics originally written by Jefferson to the solo on the tune by James Moody, Beeks did his number and was declared the winner of the talent fest. King Pleasure was born that night in Harlem.

Clarence Beeks was born in Oakdale, Tennessee, in March of 1922. Not much is known about his early years, but by the late forties he was in New York City and was part of the passing parade during a period of tremendous musical exploration and discovery. Bebop had been king of the jazz clubs but by now the center of these exciting times, 52nd Street, was soon to be a part of history. The Famous Door, Three Deuces, Bop City, Streets of Paris, and Onyx Club, all departed the scene leaving Birdland standing alone. Beeks came across the Eddie Jefferson lyrical exploits and took to that style immediately giving "Moody's Mood" his own vocal signature which he presented to the amateur night crowd at the Apollo.

By the month of February in 1952 King Pleasure was signed to a recording contract with Prestige Records in New York. His first release for the label was the tune that served him so well, "I'm In The Mood For Love". Paying homage to the originator of the solo that the vocal was based on, the tune was renamed "Moody's Mood For Love" and released on Prestige. He was backed up by the combo of Teacho Wiltshire and vocalist Blossom Dearie on the session. The flip side of the record was the song "Exclamation Blues". The record immediately began to sell in New York and other East Coast cities. During the spring and summer the record sells big across the country and gets into the top ten R & B national charts.

In December of 1952 Pleasure records "Red Top" with the band of Charlie Ferguson and former Lionel Hampton vocalist Betty "Bebop" Carter for Prestige. The flip side is a tribute to legendary jazz dj Sid Torin with the tune "Jumpin' With Symphony Sid". This is another big seller.

In September of 1953 "Sometimes I'm Happy" and "This Is Always" is released by Prestige. Present on the session are three members of the Modern Jazz Quartet (John Lewis, Percy Heath, and Kenny Clark) and the Dave Lambert Singers. Just before the end of the year, King Pleasure returns to the recording studio for Prestige again and this session results in "Parker's Mood" and "What Can I Say Dear," two songs on opposite ends of the emotional spectrum. Once again the MJQ (without Milt Jackson) play behind the vocals. "Parker's Mood" foretells of the end of bebop's (and modern music's) foremost innovator.

Pleasure goes out on the road in June of 1954 , but is back in the studio on July 7, 1954 with a jazz group that includes J.J. Johnson, Kai Winding, and Lucky Thompson. Backup vocals are provided by the two other male vocalese powerhouses Eddie Jefferson and Jon Hendricks along with The Three Riffs. The songs are "Little Boy Don't Get Scared" based on a solo by Stan Getz, and "Funk Junction" on Prestige. After some sporadic touring and appearances the last Prestige session is held on December 7, 1954 with the tunes "You're Crying" and "I'm Gone" with the Three Riffs.

In 1955 King Pleasure moves to the King record label out of Cincinnati. "Diaper Pin" (a reworking of "That Old Black Magic") and "Evening Blues" are released in June. By 1956 the King is now on Aladdin Records on the West Coast. "Blues I Like To Hear" and "D.B. Blues" are released. In December "I'm In The Mood For Love" returns in a new recording retaining the song's original title. It is paired with "At Your Beck And Call" on Aladdin.

Pleasure seems to disappear from the airwaves and recording studios after that. He suddenly reappears in Los Angeles in April of 1960 with a studio group of West Coast jazz musicians including tenor sax players Teddy Edwards and Harold Land (with a successful LP called "Harold in the Land of Jazz"). They record a number of tunes including "I'm In The Mood", "New Jumpin' With Symphony Sid", "Don't Get Scared", "Parker's Mood", "Golden Days", "No Not Much", "Tomorrow Is Another Day", and "All Of Me". After this session King Pleasure fades into obscurity. He passed away in March of 1982 just shy of sixty years old.

King Pleasure was not a prolific recording artist. However his work survives on three available CDs : 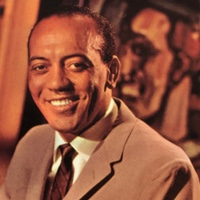 All About Jazz musician pages are maintained by musicians, publicists and trusted members like you. Interested? Tell us why you would like to improve the King Pleasure musician page.