As an award winning saxophonist, based in Dallas, TX, Joyce Spencer is a force to be reckoned with as a multi-instrumentalist of saxophone (soprano, alto and tenor) flutist, singer, songwriter and composer. The best way to describe Joyce is flexible and adaptable, as she is also a multi-genre artist of traditional to contemporary jazz, R&B, funk, fusion, Gospel./Christian, blues and pop giving her an added gift to provide the spice of variety to each event or even cater to one genre depending on the demands of the venue. Joyce's prior performance experience includes orchestras, concert bands, wind ensembles, choirs, jazz bands, stage plays, musicals, etc. Currently, she leads her band, Joyce Spencer & Expressions. She also served as musical director in her local church for approximately three years. Although her environment was not conducive to musical training as a child, her participation in the high school band playing clarinet and then saxophone in 12th grade was enough to spark her passion to achieve a bachelor's degree in music, where she studied both classical and jazz with a concentration on saxophone and flute. This was after Joyce majored in Radio and TV broadcasting the first year. Later family responsibilities took precedence over her musical career for an extended period of time; however, Joyce returned to music professionally in 2010 with sheer determination and released her first CD, "Sweet Dreams". Since that time, Joyce has been honored with various awards and nominations such as The Akademia Music Ward for Best Funk Song, 2014 Black Women in Jazz Female Saxophonist of the Year, 2014 GHP Radio Virtual Music Award for Best Groove Featuring Sax, 2013 Garland NAACP Music Award, and 2011 Coffee Talk Jazz Radio "Heart & Soul Instrumental" Award . In 2015, she was nominated Best Female Jazz Flutist and Producer/Arranger/Composer by Black Women in Jazz and Fine Arts. Joyce is endorsed by Conn-Selmer, the leading manufacturer and distributor of musical instruments and accessories. She is also the entertainment/marketing director and co-host of the KKEI Radio/FM Tony Key Show. Joyce has now released her second CD, "Many Colors". This CD will definitely enlighten her fans with the "many colors" of music under the auspices of jazz and illustrate how her multi-genre background has influenced her songwriting, composition and arrangement skills.

Jazz Of "Many Colors" By Joyce Spencer New CD Pre-Order 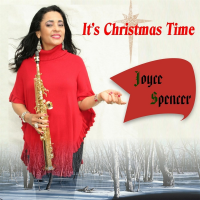 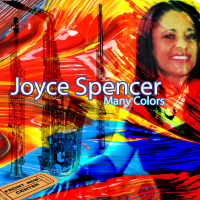 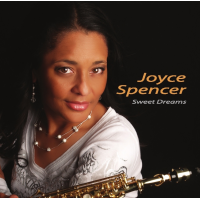 All About Jazz musician pages are maintained by musicians, publicists and trusted members like you. Interested? Tell us why you would like to improve the Joyce Spencer musician page.