John Klemmer began playing guitar at age 5. After interests in graphics and visual art & writing with ambitions of being dancer, puppeteer, painter, sculptor, writer, & poet, at schools that include The Chicago Institute of Art, he began alto sax at age 11 switching to tenor sax by high school. In addition to extensive private lessons in piano, conducting, harmony, theory, composition, arranging, clarinet, flute & classical & jazz saxophone, that continued up through college, he also attended Interlochen's National Music Camp with the highest of accolades.

Upon graduating from High School, Klemmer, at an incredibly early age, signed with legendary Cadet/Chess Records in 1967, recording five plus albums, including his innovative hit album of the first of the jazz/rock fusion genre, "BLOWIN GOLD". Being a Chess Records Recording Artist availed him access to recording sessions & exposure to such artists & friends, Muddy Waters, Donny Hathaway, Phil Upchurch, Pete Cosey, Richard Evans, Minnie Riperton & Maurice White expanding his knowledge of R&B, Blues & Pop music. During this time he explored electronic saxophone developing his now trademark "delay" sound to create an ethereal, haunting & lovely "chord like" sound. Klemmer led his own groups touring the East Coast and Midwest, using the cream of the now legendary chicago sideman. He did his first PBS special for WTTTV Chicago.

He then moved to Los Angeles the following year where, for a very brief time, he was key soloist & arranger with The Don Ellis's innovative big band, touring Africa with Oliver Nelson for the State Dept., while also working with such diverse Artists as Tim Buckley etc. all while studying film composing with Albert Harris & vocal lessons with Seth Riggs. He primarily focused on continuing his jazz/fusion recordings for the Chess/Cadet label performing & touring including the Newport & Monterey Jazz Festivals, Antibes Jazz Festival, Carnegie Hall, Tanglewood, & Montreux Jazz Festival Live Recording & T.V. Broadcasts.

His new location in L.A., at the height of the "Rock Explosion" exposed him to the then exploding music of the late 60's & early 70's on concerts with Janis Joplin etc. & local L.A. Rock groups & musicians. He incorporated these new styles etc. in his recordings for Cadet Concept/Chess & Impulse! records, constantly breaking new ground, broadening & increasing his critical interest & acclaim & fan base.

His variety of projects earned him a massive crossover appeal. This massive commercial success, after his earlier years of jazz & jazz/rock fusion recordings, caused some controversy. "I believe that I most likely moved to fast in changing musical directions not affording people to absorb what I was doing at the time before moving on & changing again. There has been some confusion as to "who & what John Klemmer is. I seem to be different things to different people based upon which "period" of my music they are both aware of & prefer", Klemmer concludes. During these recordings he expanded his musical palette to include, kalimba, flutes, keyboards, percussion, vocal narration, vocalise & solo vocal. At this time he further developed his innovative Solo Sax Concept, started many years earlier in Chicago, by recording the now classic "CRY" [Solo Sax I] & further recordings such as LIFE [Solo Sax II] helping to, many say, usher in the New Age phenomenon.

He continued recording exclusively for MCA with a brief departure, recording the now considered Classic "straight ahead jazz" offering, "Nexus for Duo & Trio", at personal request of Clive Davis, for Arista/RCA Records, followed by occasional special projects recordings such as duo recordings with Joe Sample. He then took another of his many "breaks" & "sabbaticals" to rest, search & find his next musical direction.

After this lengthy stay at MCA/UNIVERSAL Records he then, upon urging of legendary Music Mogul Joe Smith, moved to Elektra Records recording five albums. He yet included more vocals & advanced in a more "Instrumental Pop" direction for himself & his still growing audience. John considers himself to be primarily a composer & conceptulizer & then a saxophone player etc. His cross-over appeal grew with each Elektra album over the years.

After another brief sabbatical following his departure from Elektra records, he returned to Universal Records with GRP & VERVE, where his primary vast catalog of recordings rest. His controversial recording "MUSIC" used innovative extensive sampling which was to follow being a staple of popular recording. Klemmer's songs & recordings has been sampled by a vast amount of artists including The Beastie Boys & DJ KRUSH etc.

After more recordings & touring, Klemmer took his most, of many, controversial & long sabbaticals, focusing on rest, reflection & composing with, to many, the sudden & unannounced departure, causing a myriad of false rumors including health problems etc. Klemmer's decision to take a well deserved & needed break & rest from the limelight after creating, performing & recording non-stop for decades, was fertile ground for yet more composing & recordings to come.

After a lengthy sabbatical he returned to the stage & touring & recording guesting on albums by such New Age artists such as 3rd Force, David Arkenstone, and Craig Chaquico etc. Klemmer founded his own "vanity" record label, TOUCH RECORDS, for special releases along with his major label releases. He released the albums, "Simpatico", "Rio" [Vol. I & II] and "Making Love" [Vol. 1].

He continued his long relationship with UNIVERSAL/VERVE/GRP Records with the release of "The Very Best of John Klemmer", featuring three bonus new tracks as a prelude to yet another new direction, utilizing much of the new digital technology etc. while yet returning to acoustic & analog roots. His vast catalogs from ELEKTRA & UNIVERSAL/VERVE are now being digitally re-released. 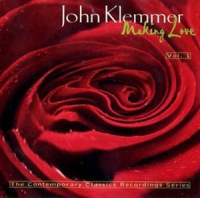 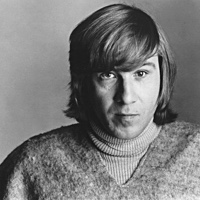 All About Jazz musician pages are maintained by musicians, publicists and trusted members like you. Interested? Tell us why you would like to improve the Joe Sample musician page.