Jihye Lee is a jazz composer and bandleader based in New York, highly regarded for her personal and adventurous storytelling approach to large-ensemble jazz. “Her music is imaginative and creative” says Jim McNeely, one of Lee’s great mentors. “And she’s not afraid to take some exciting chances in her writing.”

Lee describes composition as a form of record-keeping for herself, as the documentation of her life, the process of finding musical equivalents to the images, thoughts and emotions in her mind. She writes first and foremost for herself, to release her feelings, which makes her music deeply personal. Her goal is to invite listeners into her creative world, to relate to her stories, to reflect on the truth that as humans, we share similar struggles and triumphs regardless of where we come from. It is Lee’s hope that we can create genuine connections with each other through art.

She has organized successful crowdfunding campaigns for April, her 2017 debut album, as well as Daring Mind, her sophomore effort, releasing in March 26, 2021 on Motéma Music. April was was co-produced by Greg Hopkins and recorded with Berklee faculty members and top jazz professionals from the Boston area; the album revealed Lee’s extraordinary gifts at the helm of a top-tier large ensemble, making original music with what The Village Voice called “chamber-like textures, involved harmony and sectional counterpoint, and persistent rhythmic drive.”

Daring Mind, the follow-up, is produced by the innovative composer and Secret Society bandleader Darcy James Argue, with renowned trumpeter Sean Jones appearing as a special guest. It presents compositions from Lee’s Mind Series, including her BMI Charlie Parker Jazz Composition Prize-winning “Unshakable Mind” and her Manny Albam Commission piece “Revived Mind.” The music reflects her struggles, doubts, and hopes while living in the amazing city of New York. All the compositions explore the human mind, heart and soul, the various states of the human psyche from confusion to rage to enlightenment.

A native of South Korea, Lee had no jazz or classical training growing up, though she found success in Korea performing as an indie pop singer. She graduated from Dongduk Women’s University with a degree in Voice Performance, discovering her love of large-ensemble jazz only after beginning her studies at Boston’s Berklee College of Music in 2011. Confidently she began to explore her own identity and voice within this exciting, historically rich medium, winning Berklee’s Duke Ellington Prize just months after declaring her Jazz Composition major (and again the following year). Though she could never have anticipated this new path, she has followed it to greater heights, moving to New York in 2015 and earning a master’s degree at Manhattan School of Music under the guidance of the great Jim McNeely, with generous funding from school scholarships and the CJ Cultural Foundation.

Navigating the transition from pop singer to jazz composer has given Lee a different angle on jazz composition, providing her not only with a lyrical melodic sense but also a way of imagining characters in every composition, or themes with which people can identify. Her first instinct is not to find chords and melodies — Lee is not herself an instrumentalist — but rather an idea, image or message, and then find a way to express it through musical elements.

On Daring Mind and in all her current work, Lee has built on fruitful relationships and musical bonds with top players on the New York scene. Because jazz does not exclude based on gender, nationality, ethnicity, religion, age and so forth, Lee has found a home, a deep place of belonging, in the jazz community, where the response to her unique and honest original music has been extremely receptive.

In addition to the BMI Foundation’s Charlie Parker Jazz Composition Prize and Manny Albam Commission in 2018, Lee has received the 2020 ASCAP Foundation/Symphonic Jazz Orchestra Commissioning Prize. She has written music for the Jazz at Lincoln Center Orchestra with Wynton Marsalis as well as Carnegie Hall’s NYO Jazz. Show less

“"Lee certainly embraced that richness on her remarkable debut, which is redolent of the coloristic bravura of the Maria Schneider Orchestra and the narrative complexity of Jim McNeely's arrangement."” — Shaun Brady, Jazziz

“"Lee certainly embraced that richness on her remarkable debut, which is redolent of the coloristic bravura of the Maria Schneider Orchestra and the narrative complexity of Jim McNeely's arrangement."” — Shaun Brady, Jazziz

“Four stars: "...a musical triumph born of an unspeakable tragedy, thought-provoking and gut-wrenching all at once. The music sings, sobs, and soars in its unfolding, leaving the listener with a carefully-crafted reflection on the event(s) and a glimpse into Lee's emotional core....April is simply unforgettable." ” — Dan Bilawsky, All About Jazz

“"Jihye Lee is emerging as a strong voice in the 'next generation' of composers for large jazz ensemble. Her music is imaginative and creative. And she's not afraid to take some exciting chances in her writing. I strongly urge you to check her out!" ” — Jim McNeely 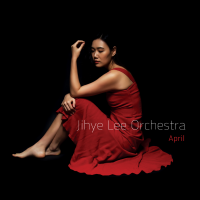 From: Daring Mind
By Jihye Lee 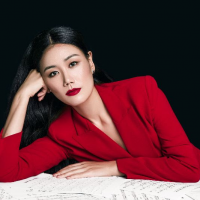 All About Jazz musician pages are maintained by musicians, publicists and trusted members like you. Interested? Tell us why you would like to improve the Jihye Lee musician page.