Jessica Pavone (composer, viola, violin, el.bass) has performed in countless improvisation, avant jazz, experimental, folk, soul, and chamber ensembles since moving to NYC in 2000. She currently leads her own string ensemble, plays with the band JOBS, in a duo with guitarist Mary Halvorson, in Anthony Braxton's Tri-Centric Orchestra and as a solo violist. As a composer, The Wire magazine praised her “ability to transform a naked tonal gesture into something special,” and The New York Times described her music as "distinct and beguiling...its core is steely, and its execution clear."

Pavone’s recent works for solo viola and voice stem from years of concentrated long tone practice and an interest in repetition, song form, and sympathetic vibration. She combines her long tone rituals with delay, understated melodies and sparse lyrical content while continuously experimenting with new forms. She is interested in the physicality of performing her somewhat larger-than-comfortable instrument and believes that cultivating physical bodies as a strong container for her thoughts is part of the creative process.

Pavone has toured extensively throughout the U.S., Canada and Europe, performing in venues ranging from international music festivals, universities, and art galleries, to community centers and basements. Her music has premiered in venues in New York City such as, Roulette, Issue Project Room, and The Kitchen, and at the Klangbad Festival in Sheer, Germany. In 2011 she was featured in NPR’s “The Mix: 100 Composers Under 40.” She has received grants and commissions from the Aaron Copland Recording Fund, the American Music Center, New Music USA for her collaboration with choreographer, Anna Sperber, The Kitchen, MATA, The Jerome Foundation, The Tri-Centric Foundation, Experiments in Opera, and the chamber music collective, Till By Turning.

(Mary and Jess ) "Thorny compositions that sound as if female teen punkers the Shaggs received doctorates in the music of 12-tone composer Alban Berg, and then rewrote their Philosophy of the World.... Carefully notated structures and interplay morph effortlessly into free improvisation that is intelligent and expressive, but never self-indulgent. Also featuring intense lyrics sung with their clear and melodic voices, the two women make transcendent chamber music outside of any genre." - Elliott Sharp, Guitar Player Magazine, December 2007

(Mary and Jess ) "Thorny compositions that sound as if female teen punkers the Shaggs received doctorates in the music of 12-tone composer Alban Berg, and then rewrote their Philosophy of the World.... Carefully notated structures and interplay morph effortlessly into free improvisation that is intelligent and expressive, but never self-indulgent. Also featuring intense lyrics sung with their clear and melodic voices, the two women make transcendent chamber music outside of any genre." - Elliott Sharp, Guitar Player Magazine, December 2007

The guitarist Mary Halvorson and the violist Jessica Pavone have worked together in ensembles led by the avant-garde eminence Anthony Braxton, and separately in a wide array of upstart new-music groups. As an acoustic duo they produce something distinct and beguiling: an amalgam of experimental folk, rock and chamber music that feels both meticulous and raw. Their debut, "On and Off" (Skirl), presents a dozen pieces of modest scale but impressive metabolism. There's a disarming openness to their interaction, never more pronounced than when the two are blending their voices in something like a campfire harmony. But this music isn't clever or cute. Its core is steely, and its execution clear. (Catch the duo this Thursday in New York at Cake Shop on the Lower East Side.) - Nate Chinen, The New York Times

"Unlike the leather-jacketed punk godfathers that prompted the name, Jessica Pavone, of The Pavones, doesn't insist that her bandmates change their surnames to gain membership into the band. Still, the vibe remains one of the extended family." "I've chosen the musicians in this band because they're all friends of mine," Pavone said via e-mail. "I feel it adds so much more to the music as well as the experience of playing it." - Shaun Brady, Metro

"Pavone's compositions lead you to a mesmerizing place where the usual mad scramble to express something 'weighty' or 'important' doesn't count for very much. Pavone's own viola solos are placed between miniatures for a glacial-sounding quartet and a warmer trio, and her deliberately paced mobile-like forms infatuate the brain while calming the pulse." - Philip Clark, The Wire

"The pieces on 27 Epigrams are all only about a minute or two long, which works perfectly for Pavone's style of composing. Her pieces last only as long as it takes for her to exhaust a simple idea. She sets up tiny hurdles, then leaps over them with ease: for example, a piece might consist of a short phrase played on the viola in several different octaves. Her clear, simple approach to the way the instruments she uses are actually played allows the listener to concentrate on the lovely way the notes circle around each other... Her music moves with balance and grace to spare, and few composers bother to take as much care with as few materials as she does." - Charlie Wilmoth, Dusted Magazine

Her epigrams are compellingly moving and stir deep feelings that range from despondency to lightheartedness, but the artistry of Pavone and the other musicians overflows in these ever-transforming sequences. Art does imitate life, and the musical expressions of Pavone are a microcosm of life's reality. - Frank Rubilino, All About Jazz

Songs of Synastry and... 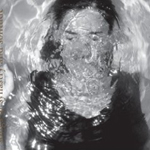 Songs of Synastry and... 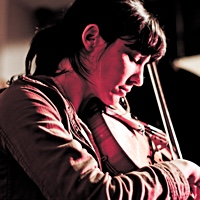 All About Jazz musician pages are maintained by musicians, publicists and trusted members like you. Interested? Tell us why you would like to improve the Jessica Pavone musician page.