“Blessed with a dynamic and well-ranged vocal, Davis grabs ahold of the listener with magnificent arrangements and talented interpretations of jazz standards." -Editor's Pick, Smother

When Jenny Davis sings, she holds the listener in the palm of her hand. From the first clear note of each song to the silence that lingers at the last, Jenny captivates audiences with her lush vocals, sophisticated phrasing and her love of jazz.

Jenny has forged her craft as jazz vocalist, composer, producer and educator the old-fashioned way, through years of hard work and study. With the release of her latest CD It Amazes Me, Jenny is at the top of her form. Together with acclaimed jazz artists, Chuck Easton and George Radebaugh, she has found the balance of songs and styles that showcase their collective talents, blending beautiful arrangements and soulful compositions, while adding new freshness to favorite jazz standards.

In this adventurous recording, Jenny’s vocals fuse with inspired solos by Easton, Radegaugh and Willy Ingersoll, creating improvisations that make her voice sound, in the words of one of her fans, “like an instrument among instruments." Her voice invites the listener inside the music in recordings of vibrant bebop standards that are usually performed instrumentally such as Clifford Brown’s "Joy Spring" and Charlie Parker’s "Scrapple from the Apple".

From the achingly tender title track "It Amazes Me" to Duke Ellington's hard swinging "It Don't Mean a Thing (if it ain't got that swing)" Jenny takes the listener on a personal exploration of vocal range and emotional depth that few have the heart, or talent, to traverse. Hers is the voice of a woman in love, in love with her daughter in her moving rendition of "Dindi," in love with life on her soulful composition " Answer the Call" in love with jazz on every song she delivers.

Eager to define what has become her passionate performance style Jenny started a jazz trio, sang lead vocals for Jim Knapp's Big Band and played virtually every jazz club in Seattle, including Jazz Alley, while still a student at Cornish. Jenny continues to perform at clubs, festivals, workshops and jazz venues. She is also a dedicated teacher of jazz vocals. 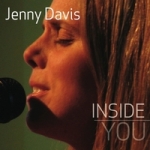 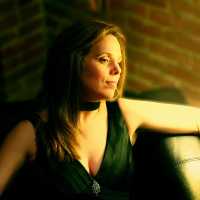 All About Jazz musician pages are maintained by musicians, publicists and trusted members like you. Interested? Tell us why you would like to improve the Jenny Davis musician page.