Pianist-composer G. F. Mlely has been featured artist and composer in concert, festival, and club venues throughout Europe and the United States.� In the much published article, "G. F. Mlely, A Trail Of Endurance" journalist Nathan Gold described how in 1983 the jazz pianist-composer, with an album in Top 10 airplay, was on a solo piano concert tour of Europe, when midway along he received information that caused him to suddenly abandon the tour due to personal circumstances, and to leave off playing professionally for nearly two decades.

As of this writing, however, with two new solo piano albums, Re-Entry [2000] and 88 Keys and Counting [2002], and one trio album, A Little Night Waltz [2003], Mlely has returned, and, as AllAboutJazz.com staff reviewer John Kelman writes, Mlely is, quite simply, back, and with a vengeance."

"Mlely is one of the few pianists out there who can extend a solo piano interpretation to seven minutes and maintain interest throughout," notes All About Jazz. Mlely challenges the notion that the new only comes from the young. "He has literally created his own harmonic language."

Mlely is also a songwriter, writing both words and music, skills he developed during his recuperation. His songs have been produced and recorded by artists diverse from one another as Freddie Hubbard, George Harrison, (guitarist) John Tesh, Phil Perry, The Cunninghams, the latter on a Grammy-nominated album.

He is a creator of avant-garde multidisciplinary works, some of which he describes as "dramaturgical songworks, jazz theater pieces for small spaces." His choral compositions have premiered in Hawai'i and in Los Angeles. A one-act musical theater piece ran 4 months onstage in San Francisco, and "Jazz Piano," a video series, ran over 2 years on Olelo Television of Hawai'i. 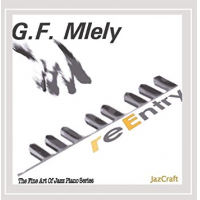 Battle Hymn Of The Republic

From: Re-Entry
By G.F. Mlely 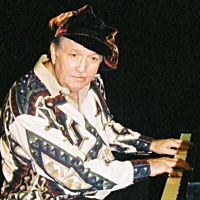 All About Jazz musician pages are maintained by musicians, publicists and trusted members like you. Interested? Tell us why you would like to improve the G.F. Mlely musician page.