Heather Soles is a Vancouver-based jazz singer and songwriter. Her style brings a natural, bluesy feel and smokiness to a repertoire of soulful jazz, blues, bebop, swing and vintage rock.

Born in Montreal, Heather Soles moved to the West Coast at age 7 and fell in love with the mountains and the sea. Her lifelong love of jazz started at age 14 when she joined the Columbia Record Club and started listening to Ella Fitzgerald, Sarah Vaughan, Carmen McRae, Peggy Lee, Miles Davis, Gil Evans and the Modern Jazz Quartet.

She was involved in Vancouver’s music scene working as a band singer in clubs , performing concerts as a singer songwriter and appearing on CBC Television’s network show, ‘The Performers’. When she had children she stopped performing in order to give the family a more stable income stream. After an extended sojourn teaching at a college, she has reclaimed her passion for making music and is very happy to be doing what fills her heart with joy. Since returning to music, Heather has collaborated with many of Vancouver’s best local musicians. She knows it’s about connecting with the human experience and communicating emotions to the audience in her soulful, bluesy style. Heather sings jazz standards, swing, bebop, soulful blues, and vintage Rock from the psychedelic 60’s through David Bowie but gives each song her own personal flavor.She says “I really love the music I sing. I choose my songs carefully because the lyrics are very important to me. I can’t sing what I don’t believe. Jazz singing is synergy with the other players to create a dialogue with the audience. I think as musicians it is our job to help people access their emotions, so it is vital that they can hear every word and feel that I mean it.”

Heather says “It was difficult getting back into music, after many years away from it raising a family. I was scared. I knew I had to be prepared to fall on my face, look like a fool, but get up and do it again and again until I got it right. I had such internal pressure to use the creative part of me that I absolutely had to do it. Music is my life. Ray Charles said it best: ‘For me music is like breathing. I never get tired of breathing, just like I never get tired of music. ‘ “

Heather’s debut album was released on CD and to all streaming platforms in December 2018. Entitled UNTIL I MET YOU, the album brought new material to light alongside favourite standards made fresh with unique arrangements designed for her soulful singing. It documents her journey from the end of a relationship to finding new love and happiness. Heather is a gifted song-writer, lyricist and interpreter of songs in multiple languages. The project features a Swedish rendition of Waltz for Debby, a French version of The Man I Love (Mon Prince Charmant), as well as original French lyrics for Miles Davis’ All Blues (Tous Blues).

At present, Heather is working with multi-instrumentalist/arranger Miles Black on several ambitious album recordings. Her upcoming album, JOYSOCKET, is an eclectic collection of jazz songs about the innate human aspiration to find love and joy. The next will be a collection of vintage rock songs re-imagined within the jazz paradigm.

Heather says,” I am so blessed that music is my life again, and this is how I get to spend my time! I am very privileged to collaborate with so many wonderful musicians.” Heather resides in Vancouver and has two adult children, Angela and Michael. Show less 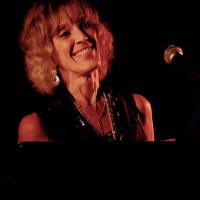 All About Jazz musician pages are maintained by musicians, publicists and trusted members like you. Interested? Tell us why you would like to improve the Heather Soles musician page.