GUY KLUCEVSEK has created a unique repertoire for accordion through his own composing and by commissioning over 50 works from composers including John Zorn, Aaron Jay Kernis, Lois V Vierk, Fred Frith, Alvin Lucier, Mary Ellen Childs, William Duckworth, Jerome Kitzke, Stephen Montague and Somei Satoh. His music/theatre pieces include Squeezeplay -- collaborations with Mary Ellen Childs, David Dorfman and Dan Froot, Dan Hurlin, Victoria Marks and Claire Porter -- which The Village Voice called "delicious"; Hard Coal, with The Bloomsburg Theatre Ensemble, Chinoiserie, with Ping Chong and Company,which was featured on the 1995 Next Wave Festival at BAM, and Cirque Lili (2000), with French circus artist Jerome Thomas, a piece which has been performed over 250 times world-wide, always with live music.

He was an original member of Dave Douglas’s band, Charms of the Night Sky, with whom he recorded three albums and toured throughout North America and Europe.

In 1987, Klucevsek commissioned Polka From the Fringe, a collection of 32 post-modern two-steps by such composers as Carl Finch, Fred Frith, Christian Marclay and Elliott Sharp, which he presented at the 1988 Next Wave Festival, and has performed around the world with his group, Ain’t Nothin’ But A Polka Band.

In 1996, Klucevsek formed The Accordion Tribe, an international line-up of composer/accordionists Maria Kalaniemi (Finland), Lars Hollmer (Sweden), Bratko Bibic (Slovenia), Otto Lechner (Austria), and Klucevsek (USA). They have released two recordings on the Intuition label, and are the subjects of the Stefan Schwietert documentary film, Accordion Tribe: Music Travels , which was released in theaters across Europe in 2004-2005, and featured at film festivals in North America.

Klucevsek has released 19 recordings as soloist/leader, including Polka Dots & Laser Beams and Who Stole the Polka?, which were chosen as the best recordings of 1992 by John Schaefer on the nationally-syndicated radio program New Sounds, and Transylvanian Softwear, which was cited as a 1995 Recording of Special Merit in Stereo Review.

You can also hear him on John Williams's scores for the Steven Spielberg films The Terminal and Munich. He has performed on Broadway in Fiddler on the Roof, Victor/Victoria and Piaf. Show less 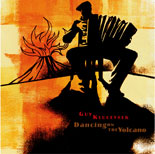 Dancing on the Volcano 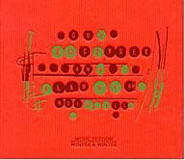 All About Jazz musician pages are maintained by musicians, publicists and trusted members like you. Interested? Tell us why you would like to improve the Guy Klucevsek musician page.