Gijs Levelt is a trumpet player, composer and teacher. In his work he explores the boundaries of world music, improvised music, contemporary composed music and pop music.

As a trumpet player, he is best known for his work with the Amsterdam Klezmer Band, with whom he has toured the world since 1997, released 15 albums and entered into various international collaborative projects.

He was also founder and co-band leader of several crossover bands and ensembles, including STriCat, the Axyz Ensemble and Spinifex.

As a sideman and guest musician he has played with a large number of artists in different genres, from the Willem Breuker Kollektief to Chef's Special, in clubs, theaters and festivals all over the world.

Together with composer / flutist Ned McGowan, Gijs led the Karnatic Lab, a concert series, a series of festivals, a record label and a number of ensembles for years. This organization, in which progressive musicians from different genres collaborated or presented their work, was of great significance to the new Amsterdam music scene.

Gijs Levelt composes music for his own bands and on commission for other artists and theater performances. Central to his composing process, he sets the balance between the head and the heart, and strives to make complexity accessible and to enhance apparent simplicity. For several years now, Gijs has been researching the use of effect pedals and other electronic means in combination with acoustic instruments in his compositions. 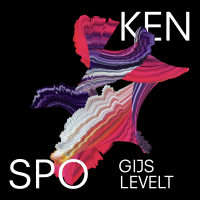 All About Jazz musician pages are maintained by musicians, publicists and trusted members like you. Interested? Tell us why you would like to improve the Gijs Levelt musician page.