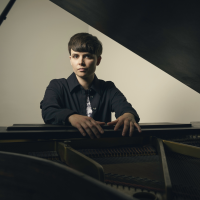 Wonderland, with its many different ways of interpreting it, has such depth and talent that it is undoubtedly a significant testimony of an ever evolving prodigy.

Pianist and composer Gentiane MG has established herself as an important voice as a Canadian jazz composer. She made a powerful impression on Montreal’s jazz scene with her two albums for piano trio, Eternal Cycle (2017) and Wonderland (2019). MG is releasing her third album with this ensemble, Walls Made of Glass, on September 23, 2022. MG’s trio has received several awards, including the OPUS Award for Discovery of the Year (2020), the CBC/Radio-Canada Jazz Award (2018) and the François-Marcaurelle de la GMMQ Award (2017). Eternal Cycle was highlighted by CBC Music as one of 10 outstanding Canadian jazz albums of 2017. MG has played in Canada, Mexico, China, Ivory Coast, and Germany  alongside musicians such as Christine Jensen, Andre White, Yannick Rieu, Jim Doxas, , Jean-Michel Pilc and Ira Coleman, and released a duo album entitled Convergence with saxophonist Frank Lozano.

Early on, while studying and performing works from the great classical composers such as Bach, Chopin, Ravel, Debussy, Stravinsky, Rachmaninoff, and Scriabin, MG was already beginning to experiment with creating music, seeking an outlet for self expression. A growing interest in improvisation led her in her late teenage years to shift her focus towards jazz, studying the masters of the tradition such as Herbie Hancock, Thelonious Monk, John Coltrane, Bud Powell, Miles Davis, Bill Evans, Keith Jarrett and Chick Corea.

MG’s music reflects her early development as a classical pianist and improviser, incorporating the aesthetics of impressionism with the improvisational approach and rhythmic sensibility of contemporary jazz. Her compositions come together in a deeply personal universe shaped with contrasting colours, memorable melodies and intricate tensions that bring expressivity, vivacity, dream and mystery to a compelling acoustic landscape. In her trio, she is joined by bassist Levi Dover and drummer Louis-Vincent Hamel, two important voices  of the Canadian creative jazz scene, who contribute their original voices to her music. Over several years of performing and touring together, the band has developed its own language, transcending genre and striving for creative freedom.

In addition to her artistic career, MG is an in-demand teacher. She has shared her experience and knowledge with students from all over the world, having been a course lecturer at McGill University and a guest lecturer at institutions such as the University of Veracruz in Mexico. She has also maintained her private teaching studio for the last 15 years.

"This album, with its many different ways of interpreting it, has such depth and talent that it is undoubtedly a significant testimony of an ever-evolving prodigy."  —Tony Tremblay, Radio-Canada, 2019

"This album, with its many different ways of interpreting it, has such depth and talent that it is undoubtedly a significant testimony of an ever-evolving prodigy."  —Tony Tremblay, Radio-Canada, 2019

"The three musicians share a deep bond and a poised approach beyond their years" —Peter Hum, Ottawa Citizen, 2017

I teach piano and / or composition in person in Montreal or online. Contact me at [email protected] for more info, it will be a pleasure to talk about music! Best, G.

////bc
ALL VIDEOS
Gentiane MG · Wonderland

From: Walls Made of Glass
By Gentiane MG 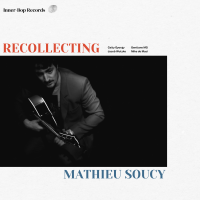 Thinker and a Fool

From: Recollecting
By Gentiane MG

From: Recollecting
By Gentiane MG

All About Jazz musician pages are maintained by musicians, publicists and trusted members like you. Interested? Tell us why you would like to improve the Gentiane MG musician page.