A native of Portland, Maine, Gabriel Terracciano has been playing the violin since the age of three. After eight years of strictly classical training, he discovered the jazz violin playing of Joe Venuti, Stuff Smith, and, later on, Zbigniew Seifert, who all changed his musical life (and life in general!) forever. Since then, Gabe has developed into a versatile multi-instrumentalist and a musician who has been recognized for playing the violin “in a way that’s unlike anyone else” (Sam Pfeifle, Portland Phoenix), while “proving himself as an improviser, never overplaying or imitating his predecessors on his instrument” (iTunes official album review for Crunch Time with Ron McClure).

As an improvising string player, Gabe has delved into the fields of modern jazz, Gypsy and hot jazz, Middle Eastern, electronic, pop, bluegrass, and Latin styles, just to name a few! He has played for many years throughout the United States as both a leader and sideman, including multiple performances at Dizzy’s Club Coca-Cola (NYC), part of Jazz at Lincoln Center. He also spent several months during 2014 and 2015 in Ghana, where he played and toured extensively with the Ghanaian National Symphony Orchestra, and toured throughout Costa Rica as a member of the East Eleventh Collective in the summer of 2017.

Gabe is a member of the two time Grammy-award winning Turtle Island String Quartet, and has toured with them throughout the United States. He is also currently a member of several New York-based groups including The Avalon Jazz Band, Cait and the Critters, The Hot Toddies, The Harmolodic String Band, Wet Electric, The International String Trio, and Come Back Shane, in addition to leading his own quartet. He has performed at festivals including the Aspen Jazz Festival, the New Orleans Jazz and Heritage Festival, Musikfest (Bethlehem, PA), and the Freshgrass Festival (North Adams, MA).

Gabe has been the recipient of multiple honors throughout his career. Most recently, he won First Prize in the 2018 Freshgrass Festival Fiddle Contest, and Third Prize in the 2018 Zbigniew Seifert International Jazz Violin Competition (Krakow, Poland). He is the recipient of a 2018 Downbeat Award for Pop/Rock Soloist at the Graduate School Level, and the recipient of the 2018 Barney Josephson Award from NYU for Outstanding Jazz Performance. He was selected as a finalist for the prestigious Thelonious Monk Institute of Jazz at UCLA in February 2016, and was also selected to participate in the 2015 and 2014 Savannah Music Festival’s Acoustic Music Seminar as one of only sixteen young musicians worldwide to participate.

Along with his performing career, Gabe is also a committed educator and composer. He was an adjunct instructor in violin and guitar at NYU from 2016-2018, and has taught privately and in both large and small group settings for many years. He has worked for educational organizations including Tufts Community Music, Maine Jazz Camp, and The geniusHive School (Accra, Ghana). He also teaches a private studio out of his home in Brooklyn.

Gabe’s recording debut was with legendary bassist Ron McClure on two albums for Steeplechase Records (Crunch Time in 2012, and Ready or Not in 2013), and with acclaimed pianist Samuel Ascher-Weiss (Shnabubula) for the album Americana Dawn: Civilized Folk (2013). Since then, he has been featured on albums by Verena McBee (“Uphoria”, 2017), The Ben Kogan Band (“Tuscaloosa Street” 2018), The Harmolodic String Band (“The Shape of Grass to Come Vols. 1-3”, 2018), and Wet Electric (“Wet Electricity, Vol. 1”, 2018). His compositions have been featured on albums produced by the Steeplechase and OC Remix labels, and his first album of original music, “In Flight”, is scheduled for release in the fall of 2019 through Red Piano Records.

Gabe has a Master’s Degree in Jazz Performance from the NYU Steinhardt School (which he completed in 2018), and completed his undergraduate studies in the Double-Degree program at Tufts University/The New England Conservatory of Music in 2016, majoring in Peace and Justice Studies and Jazz Performance. During his time at both NEC and NYU, he has studied with teachers including John Scofield, Cecil McBee, Billy Hart,Tanya Kalmanovitch, Ari Hoenig, Mat Maneri, Adam Rogers, Mike Rodriguez, Tony Moreno, Jason Moran, Jerry Bergonzi, John McNeil, Brad Shepik, and Frank Carlberg. Show less 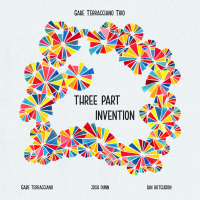 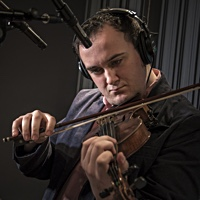 All About Jazz musician pages are maintained by musicians, publicists and trusted members like you. Interested? Tell us why you would like to improve the Gabe Terracciano musician page.