Frank Capp, a flexible and consistently swinging drummer, loves to drive a big band. As leader of the Juggernaut (a group he co-led with Nat Pierce starting in 1975, until the pianist's death in 1992), he got to push and inspire some of Los Angeles' best.

He recorded often with Andre Previn's Trio (1957-1964), and also made records with Benny Goodman (1958), Terry Gibbs, and Turk Murphy. Capp worked steadily on television shows and in the film studios in the 1960s, and (starting in the 1970s) recorded extensively in a variety of settings for Concord.

The Capp-Pierce Juggernaut (later known simply as the Juggernaut) sometimes sounded identical to the '70s Count Basie Orchestra, and served as a perfect format for the drummer's colorful playing. 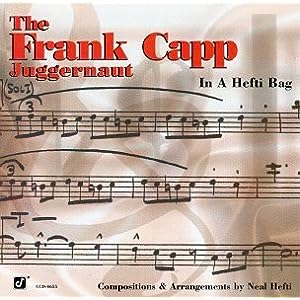 In a Hefti Bag

All About Jazz musician pages are maintained by musicians, publicists and trusted members like you. Interested? Tell us why you would like to improve the Frank Capp musician page.