The band formed in 1971 when Linda Ronstadt's then-manager, John Boylan, extracted Frey, Leadon, and Meisner from their affiliations. They were short a drummer until Frey phoned Henley, whom he had met at the Troubadour in Los Angeles. The band backed up Ronstadt on a two-month tour, then decided to form their own band, The Eagles.

Their first album, The Eagles, was filled with pure, sometimes innocent country rock; their second, Desperado, was themed on Old West outlaws and introduced the group's penchant for conceptual songwriting.

To record their third album, On the Border, the group selected producer Glyn Johns, who previously worked with Led Zeppelin, The Rolling Stones, and The Who. The band wanted to rock, but Johns tended to extract the lush side of the band's double-edged music. After completing two thirds of the album with Johns, the band turned to Bill Szymczyk to produce the rest of the album. Szymczyk brought in Don Felder to add slide guitar to a song called "Good Day in Hell", and the band was blown away. Two days later Felder became the fifth Eagle. On the Border yielded a #1 Billboard single in the song "Best of My Love", which hit the top of the charts on March 1, 1975.

Their next album, One of These Nights, had an aggressive, sinewy rock stance. Between the album and the subsequent tour, Bernie Leadon left the group, disillusioned about the direction the band's music was taking. The group replaced Leadon with Joe Walsh, a veteran of such groups as the James Gang and Barnstorm and a solo artist in his own right. The addition of Walsh made the group's aim perfectly clear: they wanted to rock. The title track from One of These Nights hit #1 on the Billboard chart August 2, 1975. By this time, the people in the band started clashing with each other and there were intra-band fights.

Meanwhile, in early 1976 Their Greatest Hits (1971-1975) was released. It went on to become the biggest-selling album in US history, selling over 28 million copies.

The group's next album, Hotel California, came out in late 1976, and was about the pursuit of the American dream ? 1970s style. Using California as a metaphor for the nation, the Eagles wrote about innocence ("New Kid in Town", a #1 hit in Billboard on February 26, 1977) and temptations ("Life In The Fast Lane" and the classic title track, a #1 hit in Billboard on May 7, 1977) of that pursuit. The striking, mournful ballad "Wasted Time" closed the first side of the record, while an instrumental reprise of it opened the second side. The album concluded with "The Last Resort", an epic tale of the loss of American paradise. In all Hotel California is generally considered to be The Eagles' masterpiece, and has appeared on several lists of the best albums of all time; it is also easily their best-selling studio album.

During the final leg of the ensuing tour, however, Randy Meisner decided he had had enough hotel rooms in his seven years as an Eagle and left the band for the relative quiet of Nebraska to recuperate and instigate a solo career. The Eagles replaced Meisner with the man who had succeeded him in Poco, Timothy B. Schmit. 1977 saw (what was at the time) the entire Eagles line-up performing instrumental work and backing vocals for Randy Newman's album Little Criminals. However, the album credits them as individual performers rather than as the Eagles, possibly to avoid a contract dispute with the Eagles' record label.

In February 1978, the Eagles went into the studio to produce their final studio album, The Long Run. The album took two years to make, but yielded the group's fifth and last #1 single in Billboard, "Heartache Tonight" (November 10, 1979). The tour to promote the album intensified personality differences between band members, made worse on the night of November 21, 1980 when Henley was arrested for cocaine, Quaalude, and marijuana possession after a nude 16-year-old prostitute had drug-related seizures in a hotel room. Henley was subsequently charged with contributing to the delinquency of a minor.

Following The Long Run tour the band broke up, and all of the members pursued solo careers to varying degrees of success.

During the early 1990s, an Eagles country tribute album Common Thread was released. Travis Tritt insisted on having the Long Run-era Eagles in his video for "Take It Easy."

After the "Take It Easy" video was completed in 1994 the band reunited, after years of public speculation that it would. The personnel was the five Long Run era members, supplemented by additional players on stage. The ensuing tour spawned a live album entitled Hell Freezes Over (named for Henley's statement that the group would get back together only when hell froze over), and a single, "Get Over It".

In 1998, the band was inducted into the Rock and Roll Hall of Fame. During the induction ceremony, all seven former members played together on stage. Several subsequent reunion tours would follow, notable for their record- setting ticket prices.

The Eagles were inducted into the Vocal Group Hall of Fame in 2001.

In February 2001, Don Felder was fired from the group; Felder and the Eagles filed lawsuits against each other. In 2003 the Eagles released a new single, the September 11th-themed "Hole in the World".

As of 2005 the Eagles consist of Frey, Henley, Walsh, and Schmit. On their Farewell Tour I they are supplemented by eight additional players: a drummer/percussionist (to relieve/augment Henley), a guitarist named Steuart Smith (to play Felder's old parts), two keyboard players (to augment Frey), and a four-person horn section that also can play violin and additional percussion.

Bassist Randy Meisner (born March 8, 1946 in Scottsbluff, Nebraska) was a car and cycle enthusiast who preferred spending time with his family to playing bass in a rock and roll band. (quit group 1977) Show less

Watch David Letterman Mock the Eagles for Refusing to License Their...

The Eagles' Don Henley Declares "Time Has Come" to Prepare for Battle... 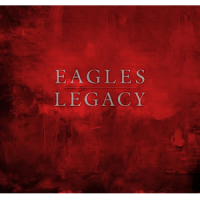 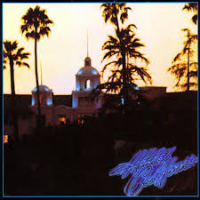 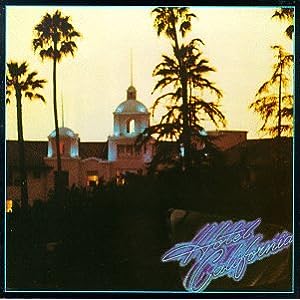 All About Jazz musician pages are maintained by musicians, publicists and trusted members like you. Interested? Tell us why you would like to improve the Eagles musician page.