Steeped in Pittsburgh’s rich jazz tradition, saxophonist Don Aliquo grew up listening to and learning from jazz legends. Following in the footsteps of his father, a well-respected jazz artist himself, Don spent his formative years performing with many of the region’s greats including Joe Harris, Danny Conn Johnny Costa, David Budway, and Jeff Watts. His musical development continued at the Berklee College of Music, where he played in the International Dues Band directed by Phil Wilson. George Garzone, Joe Viola, Ed Tomasi and John La Porta were instrumental in his artistic growth at Berklee.

Don’s early professional career included tours as lead alto with the Tommy Dorsey Band directed by Buddy Morrow, and as a baritone saxophonist with the legendary drummer Buddy Rich. He also toured extensively with the East Coast R & B group, Billy Price and the Keystone Rhythm Band, recording, writing horn arrangements, and performing as a soloist.

After these expanding and maturing experiences, Don’s career took two crucial turns. He began performing and recording with Roger Humphries, the legendary Horace Silver drummer, while furthering his musical development at Duquesne University.

During his collaboration with Humphries, he composed the title cut for the recording, This and That, and performed on A New Home, a live CD recording produced by the Manchester Craftsmen’s Guild. Throughout those years, he played with many of Pittsburgh’s legendary artists such as Stanley Turrentine and George Benson.

Since 1999, Don has held a faculty position at Middle Tennessee State University near Nashville, Tennessee, where he formed a musical partnership with fellow jazz faculty and pianist Dana Landry and bassist Erik Applegate. They recorded a CD, Another Reply, with drummers Chris Brown and Jim White, which charted in the Top 20 jazz records during its initial release, garnering critical acclaim in Europe and North America.

In addition to the rank of Associate Professor, Don is also Director of Jazz Studies at MTSU.

Don is currently involved in a number of musical projects including the Southern Excursion Quartet featuring pianist Michael Jefry Stevens, drummer Tom Giampietro, and bassist Jonathan Wires. The group performs throughout the southern United States and has released its first recording Trading Post (Artists Recording Collective - 2008). Don is involved in several on-going and up-coming CD projects. One features Roger Humprhries, David Budway and Dwayne Dolphin. Another is with the Affinity Trio featuring Jeff Coffin. Both projects have an expected release date in 2010, and Don’s fifth solo recording project is also planned to begin in Spring 2010.

Aliquo is honored to represent Vandoren (reeds and mouthpieces) and P.Mauriat (saxophones) as an artist/clinician. Show less

Announcing 'The Innocence Of Spring' By Don Aliquo + Michael Jefry... 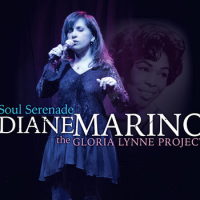 The Jazz in You

All About Jazz musician pages are maintained by musicians, publicists and trusted members like you. Interested? Tell us why you would like to improve the Don Aliquo musician page.