Born in Kansas City, Missouri, Deborah's musical talents have propelled her from coast to coast in the USA, eventually leading her to Japan, Indonesia and the far east and culminating in a 12 year residency in Europe.

Performing in nightclubs, concerts, jazz festivals, on television and radio soundstages, Deborah has made a name for herself with appearances in more than 50 countries around the world.

Deborah Brown has recorded 11 albums as a leader and has been featured on numerous other recordings as a special guest soloist.

Deborah has enjoyed participating in and creating many unique musical situations... among these (in no particular order) are...A duet recording with trombonist Slide Hampton. A 10 concert tour in duo with piano master, Roger Kellaway. Duo performances with pianists Cedar Walton and Dorothy Donegan. A performance of “My One and Only Love” with trumpet star Clark Terry. A studio recording of the CD “A Lover's Question” with author James Baldwin. Tours with her quartet JAZZ 4 JAZZ, that featured pianist Horace Parlan, Red Mitchell or Hein van de Geijn on acoustic bass and drum wizard Ed Thigpen. Concert performances with Johnny Griffin, Benny Bailey, Billy Mitchell, Michelle LeGrand, “Toots” Thielemans, Harry “Sweets” Edison, Bobby Shew, Kenny Drew, Roy Hargrove, The Eric Reed trio, the Doky Brothers and many, many others.

Touring as the featured vocalist with Russia's Oleg Lundstrem Orchestra, the Sandviken Bigband from Sweden and Kluver's Bigband from Denmark. Spending a week in Tblisi, Georgia for their jazz festival in the company of Art Blakey, Sun Ra, Jackie McLean, Benny Golson, Curtis Fuller and many others.

Studio recording with Dutch avant-garde cellist Ernst Reijseger. Touring Siberia and the Ukraine with Russian saxophonist Nicolai Panov's quintet “Jazz Gallery”. Bringing together musicians from 7 different countries to record a CD and a concert tour of the Netherlands and Belgium.

Deborah Brown continues to promote the art of jazz by performing and recording her interpretations of classic standards and fresh original compositions, always expanding the musical boundaries of vocalist, musician, entertainer and band leader. Show less 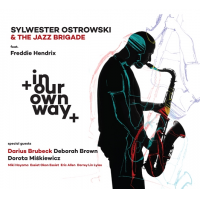 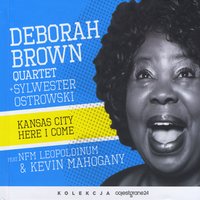 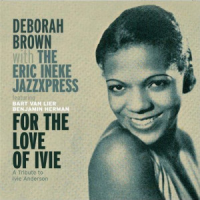 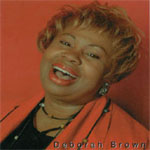 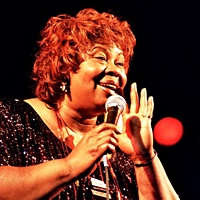 All About Jazz musician pages are maintained by musicians, publicists and trusted members like you. Interested? Tell us why you would like to improve the Deborah Brown musician page.