A pioneer player of jazz French horn, DavidAmram is also a virtuoso on piano, numerous flutes and whistles, percussion, and dozens of folkloric instruments from 25 countries, as well as an inventive, funny improvisational lyricist. He has collaborated with Leonard Bernstein, who chose him as The New York Philharmonic's first composer-in-residence in 1966, Langston Hughes, Dizzy Gillespie, Dustin Hoffman, Willie Nelson, Thelonious Monk, Odetta, Elia Kazan, Arthur Miller, Charles Mingus, Lionel Hampton, E. G. Marshall, and Tito Puente. Amram's most recent work "Giants of the Night" is a flute concerto dedicated to the memory Charlie Parker, Jack Kerouac and Dizzy Gillespie, three American artists Amram knew and worked with. It was commissioned and premiered by Sir James Galway.

David Amram has composed more than 100 orchestral and chamber music works, written many scores for Broadway theater and film, including the classic scores for the films "Splendor in The Grass" and "The Manchurian Candidate;" two operas, including the ground-breaking Holocaust opera "The Final Ingredient;" and the score for the landmark 1959 documentary "Pull My Daisy," narrated by novelist Jack Kerouac. He is also the author of three books, "Vibrations," an autobiography, "Offbeat: Collaborating With Kerouac," a memoir, and "Upbeat: Nine Lives of a Musical Cat" published last year by Paradigm Publishers. Today, as he has for over fifty years, Amram continues to compose music while traveling the world as a conductor, soloist, bandleader, visiting scholar, and narrator in five languages. He is also currently working with author Frank McCourt on a new setting of the Mass, "Missa Manhattan," as well as a new orchestral work commissioned by the Guthrie Foundation, "Symphonic Variations on a Song by Woody Guthrie." premiered Sept. 29 2007 in San Jose California by the Symphony Silicon Valley, who have also comissioned him to compose a new piano concerto.

On September 14, 2002, David Amram's new flute concerto "Giants of the Night" was premiered by James Galway, to critical acclaim.

Other recent commissions include A Little Rebellion: Thomas Jefferson premiered at the Kennedy Center with E.G. Marshall narrating and Amram conducting members of the National Symphony Orchestra.

Kokopelli: A Symphony on Three Movements, received its world premiere with Amram conducting the Nashville Symphony Orchestra and has been recorded.

Amram and author Frank McCourt are currently collaborating on a new work, Missa Manhattan, for narrator, chorus and orchestra, celebrating the rich tapestry of cultures that have immigrated to New York City over the past three hundred years, including the Native Americans who were there to greet them.

Amram wrote the score for the documentary feature Boys of Winter by Mark Reese concerning the life of his father Peewee Reese and his teammate Carl Erskine of the Brooklyn Dodgers. The film won "Best Documentary Film" award at the New York Independent Film Festival in Sept. of 2001.

Reese is now doing a documentary film about Amram. An author in his own right, David Amram's new book Offbeat: Collaborating With Kerouac (Thunders Mouth Press) was released in early 2002 to critical acclaim. It describes their work together from 1956 until Kerouac's deathin 1969. Amram also details the work he is doing today with a new generation of musicians, composers, authors, poets and film makers. The paperback version of Offbeat was released January of 2003.

His autobiography Vibrations has also been reissued in paperback by Thundersmouth Press. This new edition includes a forward by historian Douglas Brinkley.

David Amram has appeared on national TV seven times with Willie Nelson for Farm Aid, many times with the late Dizzy Gillespie, as well for as numerous interviews, including David Letterman, The Today Show, Good Morning America, Charles Karalt, and CBS Sunday Morning. His video, ORIGINS OF SYMPHONIC INSTRUMENTS, released by Educational Video, is in over 6,000 schools throughout the US and Canada. The award-winning documentary "Amram Jam" was nationally televised and released as a home video in 2005. In 2004 there was fourteen CD's of David Amram's music commercially available, ranging from his popular Triple Concerto for woodwind, brass and jazz quintets, other symphonic works such as Three Concertos, and David Amram: An American Original, to his classic film score The Manchurian Candidate. Naxos Records is issued an all-Amram CD in 2004, sponsored by the Mllken Foundation, of Amram's symphony Songs of the Soul, excerpts from his Holocaust opera, The Final Ingredient and choral work Sacred Service. His live jazz recording, Kerouac and Amram: Pull My Daisy, celebrates Kerouac and Amram's collaboration in the first ever jazz poetry reading in New York City in 1957, and the subsequent 1959 film which combined Amram's chamber music and jazz with Jack Kerouac's narration.

Long acknowledged as a pioneer of World Music, virtuoso, performer, brilliant conductor and composer of uncompromising originality since the 1950s, David Amram's compositions and his unique approach to music are now finding a worldwide audience.

Amram is writing a new book, recounting his continuous adventures around the World. The book celebrates his dual abilities to constantly discipline himself when creating highly structured compositions, while still being able to improvise whenever necessary in music and in daily life, showing the reader how all people can overcome most obstacles and setbacks by utilizing hard work, daring and always remaining positive.

Paul Maher, Jr., author and American Studies Scholar, is writing the authorized biography of David Amram, tracing the creation of his formal compositions with interviews of the soloists, conductors who premiered them and in-depth research of all the events that inspired their creation. 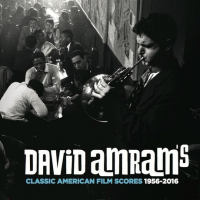 The Young Savages (An... 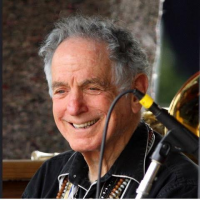