Carol Duboc's new release, Burt Bacharach Songbook featuring three time Grammy nominee Hubert Laws on the Flute, promises to become a Jazz classic for the ages. After moving back to her hometown of Kansas City, from Los Angeles in 2008, recording a collection of Burt Bacharach hits seemed a natural fit for Carol. Both Carol and Burt claim Kansas City as their birthplace and as a songwriter herself, Carol has always admired the writing talents of Mr. Bacharach and his partner Hal David. Joining Carol and Hubert Laws is her all star Kansas City quartet including Danny Embrey (Sergio Mendes, Karrin Allyson), Bob Bowman (Freddie Hubbard, Karrin Allyson) and Joe Cartwright (Mel Torme, Karrin Allyson). Hubert Laws has played with the likes of Miles Davis, Chick Korea, Quincy Jones and Stevie Wonder and was 2007 flutist of the year in Downbeat Magazine's Reader's poll.

As a writer, arranger, and vocalist, Carol Duboc has sold over three million records and has worked with Patti Labelle, Tom Jones and Jeff Lorber, among many others. Burt Bacharach Songbook is Carol's fifth release following her four critically acclaimed albums beginning in 2002, and her big screen debut as "Pumpkin" in Be Cool in 2005, which starred John Travolta, Uma Thurman and Danny DeVito. Don Heckman (Los Angeles Times) declared “Duboc's singing has the strength and originality to quickly move her into the top level of jazz vocalists regardless of genre,” and his prediction is proving to be correct. In addition to the song “I Stand for America” which has been featured on CNN numerous times in a tribute to the victims of 911, Carol has been a featured artist on Smoothjazz TV which airs on NBC, and she has been an honored guest on several Best Women of Jazz Compilations along with Sarah Vaughan, Diana Krall and more.

Originally from Kansas City, Missouri, Carol moved to Los Angeles to attend USC's school of music where she majored in vocal performance and music composition and minored in music engineering. While at USC, Carol's soulful vocal style and songwriting talents attracted the attention of R&B producer Teddy Riley. She quickly began working with some of the best producers, writers and musicians in the business, including Jeff Lorber, Gerald Albright, Hubert Laws, George Duke, Maurice White, Patrick Moten, Joe Sample and the Fine Young Cannibals.

Her writing and arranging success has included, among other things, the song "This Word is All" on Patti LaBelle's Gems CD, which went Gold, as well as the title cut, "Precious", on Chante Moore's Gold CD. Carol also penned the hit single "Never Do You Wrong" for Stephanie Mills, and the song "That Boy" on Jade's Jade To The Max CD, which attained Platinum status. Carol Duboc first stepped out as a solo artist with her debut album With All That I Am in 2001. She immediately began earning critical acclaim as one of the top new jazz singers on the music scene. Sandy Shore of smoothjazz.com announced "Smooth Jazz has a new poster girl!" Following her auspicious debut, Carol's second full release was simply titled Duboc in 2003. Carol's 2005 release, entitled All Of You, is another extension of her tremendous talent. She was also featured on NBC and SmoothJazz TV. Christopher Loudon of Jazz Times Magazine writes that Carol "has cleverly shaped an evocative excavation of love in all its forms."

Carol is also the founder of the popular website Wineandmusic.com, the #3 radio station in the genre on Live365.com, which specializes pairing fine wine with great music. Show less 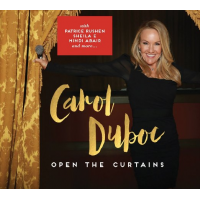 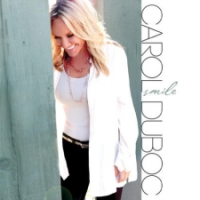 With All That I Am

All About Jazz musician pages are maintained by musicians, publicists and trusted members like you. Interested? Tell us why you would like to improve the Carol Duboc musician page.