Grammy-nominated singer/song-writer, Carla Helmbrecht, began her love affair with music at the age of eight. A native of Wisconsin, Carla was raised in a large music- loving family and had an inherent desire for music. It was her father who introduced her to jazz, and it was not uncommon for the entire family to spend endless evenings making music. By age 13, she was singing professionally and continued her musical studies through high school and college. Early influences included Ella Fitzgerald, Sarah Vaughan, Julie London, Shirley Horn, Nancy Wilson, and Blossom Dearie. Her dual career in music and Speech Pathology has given her a unique understanding of the balance between vocal efficiency and expression in this fragile instrument – the voice.

In media, Carla is a featured artist in Scott Yanow’s book, THE JAZZ SINGERS – THE ULTIMATE GUIDE (2008, Backbeat Books, Hal Leonard Corp, NY). She can be heard singing on popular television shows, such as THE YOUNG & THE RESTLESS (ABC), THE DISTRICT (FOX), and recent ShowTime Movie, SIXTEEN CANDLES. Major motion picture, SMILE (2005) features a recording by Carla entitled, “Vanishing Romance.” She is featured in Hallmark Movies, WINTER WONDERLAND (2013) and THE CHRISTMAS ORNAMENT (2013) and major motion picture, HEARTSHIP LOVESHIP (2014). Show less

Carla Helmbrecht's voice is captivating and Ernie Watts is great! 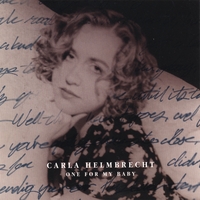 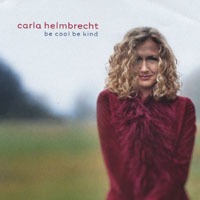 Be Cool Be Kind

All About Jazz musician pages are maintained by musicians, publicists and trusted members like you. Interested? Tell us why you would like to improve the Carla Helmbrecht musician page.