One of the great Cuban conga players and percussionists to come in the wake of Chano Pozo, he has been a constant source of authentic Afro-Cuban rhythms since his arrival in the early ‘50’s.

Born Candido Camera, 22 April 1921, Havana, Cuba, with no formal musical training, Candido is largely self taught. He originally started playing on bass and guitar, and later began playing bongos and conga drums. He was with Station CMQ Radio Havana for six years, after which, in 1947 to 1952, he worked with Armando Romue at the Tropicana Club in Havana, Cuba. In Oct. 1952, he emigrated to the USA, and after a six week engagement at the Clover Club in Miami (with the 'Night In Havana' show), he traveled to NYC.

There, trumpeter Dizzy Gillespie took him to the Downbeat Club on New York's famed 52nd Street where he sat in with pianist Billy Taylor's group, and worked for the next year with Taylor. The fall of 1954 found him touring with Stan Kenton's band. During 1956-57, he free-lanced in NYC, and was back playing with Dizzy Gillespie's combo in 1958.

Subsequently, Candido was often seen on TV and in nightclubs, both in the US and in Venezuela, Puerto Rico and the Dominican Republic. He has recorded with a great many big names in jazz, pop and Latin fields including Shearing, Kenton, Gillespie, Dinah Washington, Tito Puente, Machito.

He put out three albums under his own name on ABC-Paramount in the late 1950s, playing alongside Dick Hyman, and had later albums on Solid State (mid-1960s), Blue Note (1970), and Polydor (1973). He signed on with the Salsoul label and put out two for them including the 1982 “Jingo,” which was a dancehall hit worldwide. He collaborated with Patato Valdes and Giovanni Hidalgo for the 2000 outing of “The Conga Kings.” This is Candido playing with two other conga masters and the results are excellent, highly recommended for percussion fans.

Now in his eighties, elder statesman Candido Camero shows no sign of slowing down. His touch on congas is sure, his time is solid, his sound is uniquely his own, and his execution is as nimble as that of a man half his age. Heralded as the father of the technique of coordinated independence, Candido has further accomplishments. For one, he pioneered the use of two congas and later three, whereas in past congueros were content with a single drum.

Candido Camero Has Been Named an NEA Jazz Master 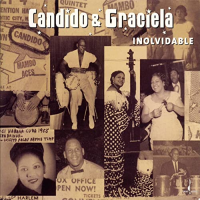 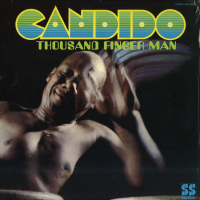 All About Jazz musician pages are maintained by musicians, publicists and trusted members like you. Interested? Tell us why you would like to improve the Eddie Palmieri musician page.