An Amazingly Talented Muscian, Arranger and Composer- His music has been described as, Lyrical and fluid, with a warmth and grace that's hard to resist. Composer and arranger, pianist and vibraphonist, Buddy Montgomery's musical career has spanned nearly half a century. Born and raised in Indianapolis, Buddy was the youngest in a family of musical siblings. He was motivated to pursue a musical career by his older brothers, Thomas, Monk and Wes. But it was his sister Lena's piano playing that inspired Buddy to play the piano. Thomas, who died in his teens, was a drummer; Monk, a bassist; and Wes, a guitarist.

By the age of 18, Buddy was on the road with Big Joe Turner, a well-known blues singer. Upon returning home, he continued to work with his brothers and other Indianapolis musicians. Indianapolis was a hotbed of musical talent at that time and Buddy's biggest inspiration was a pianist by the name of Erroll Grandy.

In 1951, Buddy was drafted and served two years in the Army. Because he didn't read music, he was not allowed in the Army band. After his discharge, Buddy joined the Hampton Family band and worked at the Cotton Club in Cincinnati. He then returned to Indianapolis to join his brothers Monk and Wes, and two other musicians, Robert (Sonny) Johnson and Alonzo (Pookie) Johnson, forming the Montgomery Johnson Quintet.

Buddy has appeared with, recorded with, or arranged musical scores for most of the jazz greats, including George Shearing, Cannonball Adderly, Johnny Griffin, Ron Carter, John Coltrane and Wynton Kelly. He joined the Miles Davis Sextet in 1960. His stay with Miles was short because Buddy's fear of flying caused him to leave the band and his luggage just as their airplane started to taxi down the runway for a European tour. Throughout the 60's, Wes, Monk and Buddy, worked together whenever they could. They were on the road together in 1968 when Wes died of a heart attack at the early age of 45.

After that Buddy moved to Milwaukee, where he lived and worked for the next 12 years. He worked at two of Milwaukee's prestigious hotels, the Marc Plaza (now Hilton) in the Bombay Bicycle room and the Pfister Hotel. He formed the "Buddy Montgomery Trio" and because of his extraordinary ear for detecting talent he enlisted bassist Jeff Chambers and Sam Belton. Later Buddy expanded his trio to quartet to include new drummer "Killer" Ray Appleton and Duma Saafir on percussions. At times this group was expanded even further to a sextet.

Then he founded the Milwaukee Jazz Alliance (MJA), which provided entertainment, some of it free, throughout the city and outlying areas. Buddy enlisted both nationally known artists and local artists to help provide free concerts. With the help of local politicians, he obtained space at Marquette College where the MJA could teach students and soon the MJA was able to hire large numbers of these young musicians to perform at different venues and events, including grade and middle schools, colleges, performing arts centers, parks, night clubs, hospitals and prisons. During this time, Buddy put countless hours and personal funds into helping young musicians, and non-profit organizations working with young people.

As Buddy had worked at the Hotel Meridien in San Francisco, in 1989, he was asked to play at the Hotel Parker Meridien in New York City. For four years he held court there, with his jazz trio, just doors from Carnegie Hall and blocks from Radio City Music Hall. Many of his old friends, such as George Shearing, Nancy Wilson, George Benson, Al Jareau and Ella Fitzgerald dropped by to see him. And some sat in, such as Bobby McFerron, Grover Washington Jr., Johnny Mandel and Charles Brown to name a few. During that time, he returned to Oakland in the summer months to continue to manage the Oakland Jazz Alliance and record a another CD, So Why Not. When the job ended in New York, he returned to Oakland to do two more shows with the Oakland Jazz Alliance before moving to Los Angeles in 1993, where he continued to work and record. In the fall of 2004, Buddy returned, for a second year, as a featured performer, to the Jazz en Tete festival, in the south of France. On his previous trip to France in 2000, he played the vibes on a CD entitled A Love Affair In Paris, for Space Time Records/Blue Geodesics. Buddy was also working on a book about "The Brothers" while he continued to perform and compose music until his death in May 2009. He will greatly be missed by his fans and family. Show less 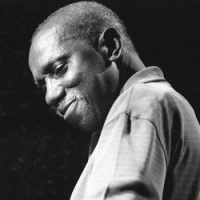 All About Jazz musician pages are maintained by musicians, publicists and trusted members like you. Interested? Tell us why you would like to improve the Buddy Montgomery musician page.