Typical of many working class homes in the sixties, jazz was an important part of everyday life for Bruce Jackson. There was always music being played. “Two things I remember vividly about my early childhood”, Bruce recalls, “My parents worked together as a real partnership to keep things moving along. Sort of like a bass player and drummer, and the house always swung.” It was not unusual to hear Gene Ammons, Duke Ellington, Shirley Scott, Miles Davis, Oscar Peterson, Count Basie, Jimmy Smith, Dinah Washington, Milt Jackson or Herbie Mann at any point in the day.

“I was very respectful of the record collection”, Jackson remembers. “Listen, but don’t touch. When I was about seven years old, my dad got me one of those portable record players, monophonic, one piece with the folding lid for my room. He started “giving” me certain records, so I would have some for my very own. When he went to the record store, sometimes he would buy new records and get a stereo copy for himself and a mono copy for me. I look back on that and see it as a parallel to the Native American teaching of a boy getting his first horse. You know, let’s see how you take care of this and maybe you’ll get some more.”

It was the drummers who really got Jackson’s attention on almost every recording. At a very early age, Jackson decided that drums would be the instrument he would play, although not without launching a campaign to obtain the instrument of choice. After endless solos on partially filled paint cans, Jackson’s uncle was summoned to speak to him about his desire to play the drums (Although Jackson suspected the real objective was to talk him out of it.) One afternoon at his house, during the family listening time, his uncle offers this bit of advice; “Your mother and father tell me you want to be a drummer.” Jackson replied with a nod of the head, and a grin from ear to ear. “Well,” his uncle replies, “You might want to think about playing tenor, you know, like Trane. If you’re in the rhythm section, you gotta play all night long!” Jackson gave it about ten seconds of thought and responded, “Yeah, but I want to be like Philly Joe Jones.” With that, Jackson’s Uncle Carter put the cigarette back in his mouth, walked upstairs, shrugged his shoulders and said to Jackson father, “Charlie, he wants to be like Philly Joe Jones.” That was that! Five years did pass before Jackson actually got the drumset and his parent’s conceded.”

Jackson’s formal studies include; classical percussion with Nick Cerrato at New Jersey City University and working in various genres on the local scene and on the road. Jackson has been called to work in many diverse situations, playing Dixieland, contemporary, mainstream, and avant-garde styles. He has had the pleasure of playing with Earle Warren (alto saxophonist with the Count Basie Orchestra and band mate of legendary saxophonist Lester Young), Sonny Fortune, Mino Cinelu, Dick Sudhalter, Calvin Hill, Mike Richmond and many jazz groups in the New York - New Jersey area.

Jackson has been active on the east coast music scene for many years. Keeping the music fresh and swinging while honoring and acknowledging the lineage of past masters is the core focus and inspiration of his craft. Jackson has also garnered the honor of being a guest artist at the American School of Modern Music in Paris, France. As a guest artist, Jackson has given master classes on the history of the drum set and conceptualized half-day workshops for rhythm section players. He has performed in France as a member of the “Virtual Quartet” with American transplants Peter Giron and Joe Makholm with Boston based saxophonist Jim Repa. Always stretching his knowledge and experience, Jackson is currently a candidate for a BA in music from Thomas Edison State College, where he expects to graduate later this year.

Latest Release: Don’t Sleep On Your Dreams is a mainstream acoustic jazz recording with material drawing on selections from the Great American Songbook as well as compositions from the jazz cannon, some of which have not been widely recorded. As the title suggests, the inspiration for this album was having a long-standing vision come to fruition. The result is a collection of performances that are greatly accessible to the listener and at times gently understated, driving and reflective.

Footprints: Played slightly slower and stretched out over a 4/4 time signature (opposed to the original 6/4), the recording’s opener is dark but simmering. A supple bass solo by Nicholas Bayak follows Bob Himmelberger’s soulful piano solo. After stating the final theme, there is a drum solo by Jackson, played to an accompanying vamp by piano and bass.

Firewater: Played with a medium feel, an offering on a different texture, Jackson switching to brushes for this tune. After Himmelberger’s piano, and Bayak’s bass solo, Jackson’s drum solo seems to quietly crest and break against framework of Bayak’s harmonic accompaniment.

Rhythm-A-Ning: Taken at a bright tempo, this short rendition of the Thelonious Monk classic has a piano solo by Himmelberger that gets right to the point. Bayak takes a chorus with an implied two (2) feel. The drum solo by Jackson is played with thematic development during the first chorus by extracting different colors and textures from a single cymbal. The second chorus expands onto the drums, improvising on the melodic line and form.

Iris / Pee Wee: A pair of compositions by Miles Davis alumni Wayne Shorter and Tony Williams, these compositions are played as one thought. A reflective piano solo by Himmelberger leads the way for Bayak to solo once over both these tunes as Jackson lends light but colorful brush support throughout.

Paris Eyes: This composition by organist Larry Young was the reflection of his trip to Paris in 1963. Jackosn chose this composition to also reflect the fascination and love he felt on a 1999 trip to France to work at the jazz club, 7 Lezards. Straight-ahead and swinging, the trio’s identity can be heard not only in the piano and bass solos, but also by the trading of 8 (and 9) bar sections between Himmelberger and Jackson before the final statement of the theme.

Never Let Me Go: Offered as a ballad, Jackson’s subtle and sparse stick work behind the trio’s interpretation. Himmelberger’s extended reach into the upper portion of the keyboard and Bayak’s gentle but creative solo immerses the listener in the lush warmth and relaxation of this interpretative rendition.

Picadilly Lilly: A Dave Liebman composition dating back to his tenure with the Elvin Jones quartet, this medium tempo allows the trio to set up a groove and sustain it for all to explore. Following the piano and bass solos, exchanges by Himmelberger and Jackson further highlight the trio’s interaction.

My Ship: This Gershwin / Weill composition from the musical “Lady in the Dark” is another ballad, with Jackson offering quiet support on brushes. This selection serves to gently close the recording and a coda crafted by Himmelberger gently guides the listener as they leave the recording, hoping they will return again and again. Show less 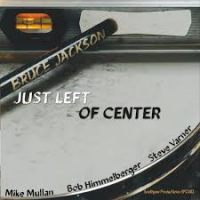 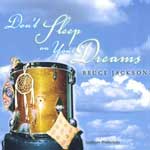 All About Jazz musician pages are maintained by musicians, publicists and trusted members like you. Interested? Tell us why you would like to improve the Bruce Jackson musician page.