Jack DeJohnette: Music in the Key of OM 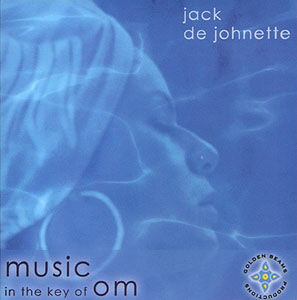 The past year has seen an upswing in the number of artist-owned labels, indicating that more artists are becoming interested in taking charge of their work. Some, like bassist Dave Holland—after a fruitful thirty-year relationship with ECM that has never impeded him from following his muse wherever it might take him—have chosen to do so in order to gain more complete ownership. Others, like trumpeter Dave Douglas—after a strong and varied run on RCA/BMG—want more complete artistic control from project to project.

Then there's drummer Jack DeJohnette. While his more mainstream work with pianist Keith Jarrett's Standards Trio, and other projects including the Tony Williams Tribute band with guitarist John Scofield and organist Larry Goldings, demonstrate some of his stylistic breadth, it's always been clear that he's had an even broader aesthetic. And, based on the first two releases from his new Golden Beam Productions label, it's clear that DeJohnette is looking to starting his own label as a means of releasing more esoteric projects that would likely receive little attention from any of the major labels.

First up is Music in the Key of OM, a contemplative recording that finds DeJohnette creating an hour-long piece consisting solely of a deep synthesizer drone, resonating bells, and simple improvisations based loosely around East Indian harmonies.

While the recording is clearly of spiritual design, intended to encourage and assist with the practice of meditation, it needn't be regarded with only that focus. There's just as much precedence in Music of the Key of OM's spare texture, simple and hypnotically repetitive melody and soothing landscape that places it in the same musical space as ambient works by artists including Brian Eno. However, Eno's compositions often have specific, mathematically constructed premises, whereas Music in the Key of OM is clearly a product of pure, albeit minimal, improvisation.

Music in the Key of OM, rather than being evidence of the kind of musical prowess that DeJohnette shows in other, more jazz-centric contexts, reveals an attitude that music can be transcendent, thus making it a gentle emotional enabler. Listened to with the kind of concentration afforded to more constructed music—or more intrusive improvisational music for that matter—the album has little to offer. But when taken as something that's meant to be experienced on a more instinctive level, where conscious thought is simply not a part of the equation, DeJohnette's soft colours and hypnotic drones represents something that can sooth and allow the mind to either focus on a spiritual centre or drift comfortably where it will.

People looking for more conventionally focused music will likely find Music in the Key of OM a disappointment; but for those who view music as a transporter and emotional healer, DeJohnette's record should be an album of significance and meaning.

Music in the Key of OM.