By Dan Bilawsky
September 19, 2013
Sign in to view read count 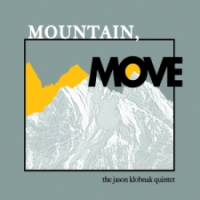 Trumpeter Jason Klobnak has a knack for creating inviting and exciting music. On this, his debut album, he presents nine easy-to-digest originals that are neither overly bland nor excessively bold; he finds the perfect line between those two poles.

Klobnak's quintet, made up of a two-horn front line and a standard three piece rhythm section, covers the usual ground, moving from mid-tempo ("Back & Forth") and up-tempo swing-ish scenarios ("U.L.T (Undetermined Length Of Time)") to soulful ballads ("Where Would I Go?") to funky fare ("Sego") without a problem. Loose shapes come together to form an uplifting picture on the title track, and tenor saxophonist Elijah Samuels ushers in "Where Would I Go?" with an unaccompanied introduction, but more often than not, the feel and direction of the music is established right of the gate.

While Klobnak is responsible for the material and the shape of the program, he's not an attention hog. In fact, the most memorable solos tend to come from other band members. Bassist Ian Hutchison stands out from the pack, delivering focused statements on "Back & Forth," "He's Still There," and the finger snap-inducing "Back To The End," and pianist/organist Jon Parker has a few attention-stealing moments of his own.

Klobnak and Samuels usually come as a package deal on the heads, blending so well at certain times that it sounds like only one horn is in the picture, but their individual personality traits come through when they solo. Their conversational-turned-confrontational work on the title track brings out the best in both of them, but they have plenty of other bright moments throughout.

This album takes its name from the notion that an individual can overcome obstacles—or move mountains—if they harness the steadfast determination that exists within. Klobnak clearly did just that in birthing his first album.