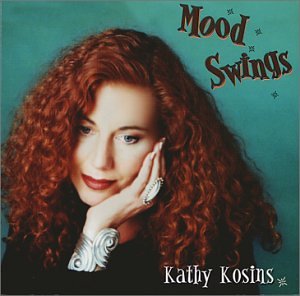 Her self-produced album showcases the Detroit native's songwriting: 7 of the 11 songs are hers. They're refreshing songs. "No Ordinary Joe" is based on the chord changes to "Pennies From Heaven." Kathy Kosins has studied the jazz repertoire, and consumed several years in creating this album. Her thin, light vocal quality, however, deters her from convincing. A veteran of pop music and R&B experiences, she's forced into a direction that holds her tightly in its grasp. Even the light, bossa nova mood on her "Love Me Like a Song" turns into an R&B experience. Other aspects of her project turn out uneven. Howard Levy isn't convincing in a smooth jazz role, while Michael King turns over a Jimi Hendrix "Foxey Lady" quite well. Remember the beautiful theme from Jackie Gleason's CBS television shows? "Melancholy Serenade" was a big, broad and beautiful showcase tune. Kosins uses it to close out the session, and the mood is lost. One high point comes through "Between Your Heart and Mine," with its Lambert, Hendricks and Ross sentiment. An upbeat original, the song swings with lyrics and scat in an uplifting scene. Kosins swings merrily, but not with the soulful expression needed for these mood swings.