By HRAYR ATTARIAN
August 31, 2020
Sign in to view read count
Composer Michael Robinson is a unique musician who is heavily influenced by the tradition of the Indian subcontinent. He is as prolific as he is creative having released 144 albums over the past 29 years. He uses an instrument he has invented that seamlessly incorporates acoustic and electronic elements into a digital platform. He calls it Meruvina. Robinson utilizes notated scores as a launching pad yet he spontaneously embellishes the melodies resulting in dynamic and uplifting sublime soundscapes. 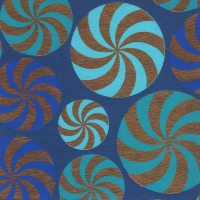 The transcendental, two-part, The Water's Child is constructed on a hypnotic south Asian cadence. On this Raga like base, Robinson paints a vibrant harmonic picture of haunting abstraction. The first portion titled "The Waters" flows with a tranquility that has a bright and meditative quality. The rhythms and sounds of the various instruments the Meruvina produces shimmer with kaleidoscopic hues. The dense and crystalline phrases ebb and flow like the waves of a dark blue sea. The "Child" has a whimsical feel with unexpected and delightful angularities that pepper the track. It is, however, no less serene. The chords dance and tiptoe in mesmerizing patterns that add a level of playful humor to the tune. 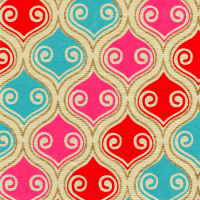 The Water's Child is a wholly engrossing album that simultaneously thrills and soothes the listener. In contrast, its predecessor Queen of Space is a more introspective work with a tinge of melancholy. Opening with booming percussion and the harpsichord like notes of the Jupiter-8 synthesizer this absorbing and tense piece sets a cinematic ambiance. The undulating and dramatic refrains coalesce into impressionistic patterns of colorful scintillations. As one abandons oneself to the lure of the music the tune transports them into enchanting caverns and glimmering palaces. The pulsating beats and the expectant drone envelop the keyboard's twangy lines and create a fantastical tone poem of sublime lyricism.

Both releases, that come in attractive silkscreened cover art, are equally enjoyable, textured, and enthralling. Much like the rest of Robinson's recorded output, they are ethereal, ruminative, and quite moving. Most importantly, their multiple layers can be freshly rediscovered at an emotional and cerebral level with every "spin."