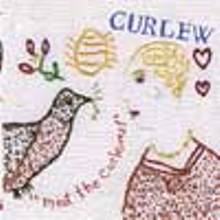 Curlew have never been a band to rest on their laurels or to milk a successful formula. Across two decades and their eight albums to date, they have constantly changed personnel and instrumentation, and explored an ever-evolving musical territory. On Meet The Curlews!, long-time members George Cartwright and Davey Williams welcome newcomers Bruce Golden, Fred Chalenor and Chris Parker. The resulting line-up is about as conventional as Curlew get. Gone are the cello, the vocals, the Ornette-meets-Stax funkiness, the twin guitars, and the twin saxophones of various past albums.

As ever with Curlew, the music defies categorisation, being derived as much from the language of rock as from jazz (but certainly never being jazz-rock). Central to the music are original compositions (all five members contribute, Cartwright predominating) with memorable melodies and compelling rhythms. The playing is nearly always subservient to the overall success of a composition, without many solos, but with subtle and sustained ensemble work and interaction. The only real exceptions close out the album; "Late December (reprise)" is a slow-paced solo piano improvisation, and "Middle and Fall" is a welcome showcase for Williams' guitar and then Cartwright's sax. Those two tracks are the nearest thing here to straight-ahead jazz. Other tracks relate more tangentially to jazz, some verging on pastiche in a way reminiscent of Frank Zappa. For instance, on Cartwright's "Barn Door" the playing is mannered, even laboured, in a way that knowingly debunks the opening theme. None of this is overdone; subtlety is the key. The end result is an intriguing and pleasurable album.