The Key by Josh Maxey 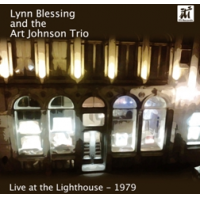 A gentle and soothing wee tinkle. Easy on the ear.

Recorded at the world famous Lighthouse, this never before release features Lynn Blessing on vibes, Art Johnson on guitar, Bart Hall on drums and Dave Parlato on bass. Lynn was perhaps most famous for being part of “THE ADVANCEMENT” that was put together by Rudy Onderwyzer, who was then the manager of the popular venue Shelly's Manne-Hole which he ran alongside jazz drummer Shelly Manne. Onderwyzer saw the commercial possibility of forming a new band with Lou Kabok, Hal Gordon and Colin Bailey, who was the rhythm section of the Gabor Szabo Quintet. He then added Lynn Blessing, from Bill Plummer's Cosmic Brotherhood, keyboardist Thompson and steadfast session musician Art Johnson to form the band in 1969. Their one and only album that was issued on the Philips label in the same year was regarded as an artistic success, though for many years. It was a curious blend of psychedelic rock and fusion that did not draw attention and had no commercial impact, so the group disbanded. Besides Cosmic Brotherhood, Lynn was a part of the Paul Horn Quintet that included Art Johnson. But he also performed with or recorded with Tim Weisberg, Judee Sill, The Turtles, Al Jarreau, Tommy Peltier, Les McCann, John Klemmer and many more. Lynn released his only other solo album called “Sunset Painter” originally on Epic in 1969 that was later reissued by Fallout Records. It was produced by Paul Horn. Because of Lynn’s travels from San Francisco and LA, and the “hippie-era”, it is an album of instrumental pop icon tunes. This ITI album, recorded 10 years later, “Live at the Lighthouse 1979”, is a much more different almost Brazilian flavor album.