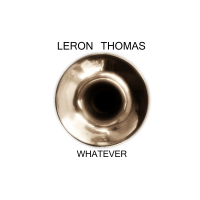 Can't believe it, a tune about ass! No bubbles here, all substance. I can not lie. #hushiknowalready

Composed and produced by Leron Thomas, Whatever asserts that Jazz is as current as ever. An impressive lineup of musicians, including on piano Taylor Eigsti, Harish Raghavan on bass, Justin Brown and the great Eric Harland on drums with guitarists, Michael Valeanu and Matthew Stevens.

track of the day Silly Ass Whatever Self Produced Leron Thomas