Rocket In The Pocket by Hammer Klavier Trio 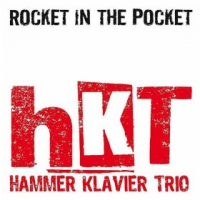 Putting a rocket in a pocket isn't exactly an extreme sport (unless you're playing fireball snooker), FYI listening to this tune requires athleticism. Just do it.

Power piano trios willing to plug-in are not the norm in jazz, but Hamburg's Hammer Klavier Trio, thankfully, never received that message. The music that they present completely erases the dividing lines between traditional piano trios, hard hitting threesomes like The Bad Plus, and genre-blending Euro-stars like the late Esbjrn Svensson Trio.