Maximize your visibility at All About Jazz by upgrading your musician page from standard to premium. With it, you'll receive All About Jazz home page exposure, a highly stylized / ad-free musician page with bonus features and benefits, an ad, plus you control where you sell your music and so much more.
Learn More
24 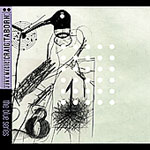