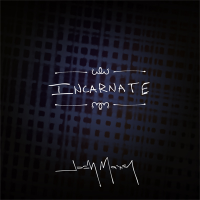 An alluring swing, an ominous groove, a tune that elicits uneasy emotional reaction even while being a relatively cheerful tune. Very cool and promising as hell.

Incarnate is the first album in a series of 6 records in 12 months, and was released April 21st, 2011. I'm fascinated by John Coltrane. The '62 Village Vanguard recordings were an early favorite. I've listened over and over to the song "India". Part of the effect on that recording is the augmentation of Coltrane's group, adding the second bass and tambura. On this take of Incarnate, I went for a similar effect adding Tibetan Singing Bowls, usually used for meditation, and an ambient rhythm guitar track to achieve an opening up in the sound of the music. Personnel: Josh Maxey (Guitar, Singing Bowls, Rhythm Guitar, Compositions), Tim Collins (Vibes), McClenty Huneter (Drums), and Aaron James (Bass).

track of the day Incarnate Self Produced Josh Maxey