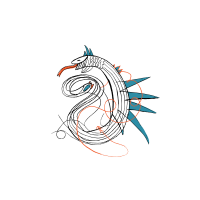 Album Title: When I Come Across
Audio Cave
Released: 2019

This is a ballad written for someone very close to me, a song with a little twist in the end. Recorded in an abandoned factory in Denmark. Composition blends contemporary jazz and free music with cinematic soundscapes and indie rock elements. When I Come Across, is the title of the new album by FREE4ARTS, a group established by Tomasz Dąbrowski - one of the hardest working and most committed trumpeters in Europe. He is a composer, bandleader, the youngest member of Globe Unity Orchestra, and a member of Maluba Orchestra, Ocean Fanfare and the Riccardo Del Fra "Moving People" ensemble. Dąbrowski’s distinctive musical voice, as well as his openness and perseverance, is expressed in a wide array of creative projects. With 9 albums under his own name, and dozens as a sideman, he has worked with such greats as Tyshawn Sorey, Tomasz Stańko and Marilyn Mazur. AllAboutJazz listed Dąbrowski as one of the 15 most significant European jazz musicians of 2017.This album is a real jewel in his discography. The line-up is slightly unusual - quartet featuring guitar, baritone sax, trumpet and drums. The sound quality of this album makes you appreciate every instrument and musical nuance of FREE4ARTS in detail. The comradery between musicians in the group makes the music flow in a special way. Dąbrowski sees this connection manifest as an ability for collective improvisation in which the group shifts effortlessly between written and improvised material. Compositionally, the group features music that is complex and demanding for the performer. “It's an ongoing process to find a perfectly-working form for each piece. I experiment with it all the time: stretching, cutting and reversing lines so the music stays fresh and unpredictable for the listener.” explains Dąbrowski

HBP; Pegleg; I Have No Idea; Stand Alone Objects; When You Get to Actual Playing; Pulse For Me; When I Come Across.