By A Field by Bob Gluck 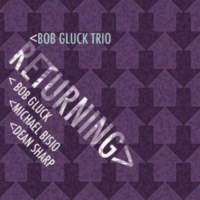 Song veers all over like a car chase through the city, cutting through a pastiche of neighborhoods during rush hour traffic. The thing is, though hectic, there is a sort of sublime Alice Coltrane serenity to it all. I'm interested to hear the rest of the album.

Lifeline; Returning; That's All You Got; By a Field; There's No There There; Vertigal; Something Quiet.