Blues For All by Luke Gillespie 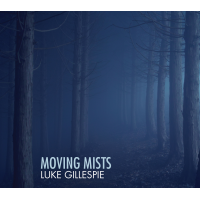 Exalting the life redemptive qualities of the blues. All encompassing joy.

When Luke Gillespie went on sabbatical from his professorial post in spring 2018, he proposed a project that would allow him to write for and record with his faculty colleagues. It's not your everyday proposal: Gillespie is a professor of jazz piano at Indiana University's Jacobs School of Music, one of the world's most prestigious conservatories. His fourth recording, "Moving Mists" presents the formidable abilities of Gillespie and his world-class colleagues. The album features Gillespie with faculty co-members vocalist Tierney Sutton, guitarist Dave Stryker, saxophonists Walter Smith III and Tom Walsh, trumpeters John Raymond & Pat Harbison, trombonists Wayne Wallace and Brennan Johns, bassists Jeremy Allen and Todd Coolman, and drummer Steve Houghton, as well as a couple of arrangements by Brent Wallarab. "Blues for All" is a Gillespie original that, as the title suggests, is an upbeat variation on Miles Davis’s iconic 6/8 “All Blues” that allows trumpeter John Raymond and saxophonist Walter Smith III to attack it with relish.

I Hear a Rhapsody; Blues for All; My Funny Valentine; Giant Steps; Round Midnight; Moving Mists; Beautiful Love; This I Dig of Grew; DaNaBar; All the Things You Are