By Eyal Hareuveni
May 31, 2011
Sign in to view read count
Danish guitarist and composer Martin Vognsen's project State Changes According To A Wind, here presented on a 2CD release, offers a unique musical observation about something those of us living in the first world may take for granted: the (relative) freedom to move from one country to another. Vognsen bases his reflections on the main crossing point between the Occupied Palestinian West Bank—under Israeli control—and the Kingdom of Jordan's King Hussein Bridge (aka Allenby Bridge).

The first disc is a free-improvised meeting between three gifted musicians. On the second, more ambitious, disc, Vognsen reflects impressively on the disturbing experience of that particular location. But there are surprise-packed performances on both discs, that slowly and patiently accumulate their affective power. 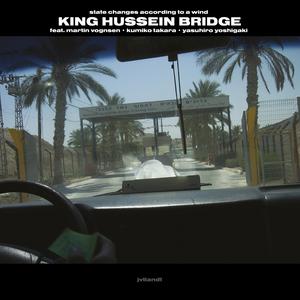 This album features 10 free improvisations by Vignsen on different guitars and electronic manipulations, with drummer Yasuhiro Yoshigaki—a member of Otomo Yoshihide's supergroups Emergency! and Otomo Yoshihide's New Jazz Orchestra—and percussionist Kumiko Takara. Vognsen intended this recording to reflect on the experience of moving through the crossing point—but in the recorded session hardly a word was exchanged and all three musicians just played.

The outcome is quite intense and enigmatic. Vognsen's clever manipulations of his guitars' sounds melt with Takara's prepared timpani and the soft, distant sound of her vibes and Yoshigaki's spare drumming; the music references Western and Eastern folk scales, repetitive minimalist structures and ambient sound-poems.

All these chamber-like improvisations are developed in a democratic manner, without binding the musicians to any specific genre, convention, mood or orthodox playing of their instruments. All three musicians sound determined to stress the fragile qualities of the mesmerizing, resonant sounds that they are producing. The only exception is the eighth improvisation, that sounds as if the three are paying tribute to the high-octane duets between Japanese guitar hero Keiji Haino and drummer Tatsuya Yoshida. This intimate and sensitive trio manage to sound fresh and surprising in all these interesting improvisations. 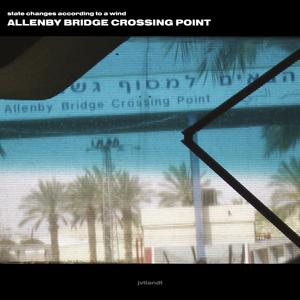 This ethereal suite is constructed from digital manipulations of improvised segments by the rhythm section of Emergency! and Otomo Yoshihide's New Jazz Orchestra—drummer Yasuhiro Yoshigaki and bassist Hiroaki Mizutani—with the Danish National Chamber Orchestra with the Danish Radio Children's Choir, unspecified field recordings and Vognsen's guitar playing. With all these conflicting elements Vognsen manages to create tough and coherent narrative, that remains accessible throughout its 75 minutes. He never uses the rhythm section in its full force, but cleverly edits its parts in order to enhance the overall meditative ambiance. Even when he injects some disturbing, distorted, even noisy elements, their development still sounds organic.

On this disc, Vognsen's music relates more clearly to the notorious crossing point.As with the location itself, it evokes a dark and unsettling feeling. You can relate Vognsen's musical ideas to the unending waiting on both sides of the crossing point, with its arbitrary investigations, and the desire to leave such a dispiriting place.