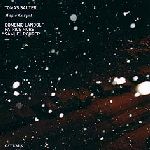 Guitarist Tomas Sauter, whose last release was the wonderful duo recording Indian Summer (Catwalk, 2006) with bassist Daniel Schlaeppi, now gives us a quite different sound and vision with Magic Carpet. As before, the sound is superb, having been recorded by Daniel Dettwiler and mixed and mastered by Jan Erik Kongshaug (of ECM fame).

For these compositions, Sauter has assembled a quartet consisting of reedman Domenic Landolf, bassist Patrice Moret and drummer Samuel Rohrer. Given the extra supporting resources, Sauter stretches out and plays electric as well as acoustic guitar on compositions that range from contemplative and introverted through sonic sound painting and into driving jamming.

While Indian Summer had a distinct emotional point of view, Magic Carpet varies considerably in the direction from which the intensity comes, as well as the kinds of images and emotions that are created. Given an album title that evokes ideas of mysterious powers, far away places and the exotic, tunes such as "Shift," "Aladdin's Wonderlamp," "Sinbad Sets Sail" and "Fragment," as well as the title tune, fit right into the vibe.

Each tune creates distinct imagery and takes its time in setting up the sonic stage. "Shift," which is played without a strong pulse and with shimmering harmony underneath Landolf's dry saxophone sound, has the feeling of being entirely an introduction, despite the thematic recapitulation. The exploration of this sound-space is continued with "Magic Carpet." The thematic materials sound distantly related to the former tune, but with a bit of the sinister, or at least the unknown added in.

"Sinbad Sets Sail," with its bass introduction that sets up the tune's feel, also has mystery and danger as its central emotion, while "Fragment," on which Landolf uses the bass clarinet and is joined by Moret in unison, floats in dark empty space, with flashes of light injected by Sauter's acoustic finger-picking.

Interspersed between these tunes are "Yawney's Lines," which evokes nothing but John Abercrombie in its twisted bebop-ish lines and the wicked groove that follows, and "Out Of Town," that pits the different meters of its bass vamp and line against each other, after which Landolf really takes off.

The tenderness and sensitivity that marked Indian Summer has not been forgotten by Sauter. The last three tracks of the album, as well as "First Day In Spring," bring to mind images that are more pastel and warmer. "117" feels like a bridge between the large, dark distances from before and the closer intimacy that follows.

The melody of "With Love In Veins" sounds related to "Shift" and "Magic Carpet," but with a center and more flowing structure, while the title of "You Still Fascinate Me" might be referring to the reworked but familiar motive of the three previous tunes that appears once again.

Sauter is a very fine composer who has a lot to say with an ever growing musical and emotional palette.