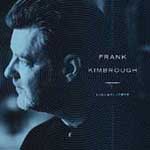 The title of Frank Kimbrough’s new recording betrays the overall sound and philosophy of the disc. Lullabluebye infers a quiet (mostly) airy affair, free thinking and inventive, lighting the corners of trio jazz. Kimbrough has been a fixture at Palmetto for the past several years, being most instrumental in the label’s most successful Herbie Nichols Project, Strange City, along with his support cohorts, Ben Allison and Matt Wilson.

All songs, save for John Barry’s "You Only Live Twice" (from the James Bond movie of the same title), are composed by Kimbrough. This is music that is impressionistic. It is more impressionistic than Bill Evans because of the original compositions Kimbrough’s approach is one that is very free, not unlike Jimmy Giuffre’s approach in his ground breaking trios of the early 1960s. "Eventualities" very much displays this as Kimbrough allows bassist Ben Allison to determine the chords from a given set of notes. "Whirl" has been a set-closer for Kimbrough for several years. It is freely constructed with an idee fixe appearing in a recapitulated bridge.

This trio has been producing provocative music together and separately for the past five years. I always welcome a release from these artists as they are always of top drawer caliber and easily accessible, no matter how freely played.