By Geno Thackara
February 3, 2020
Sign in to view read count 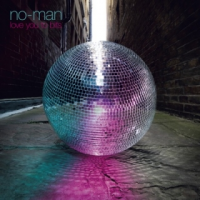 Sometimes a new album is what happens when you're busy making other plans. Fittingly enough, plans for this duo have always been something of a joke anyway; No-Man's career has criss-crossed the whole spectrum of styles precisely because they've always been willing to follow unexpected ideas as the mood hits. It's also the reason the band had been back-burnered for several years while Tim Bowness and Steven Wilson pursued a range of other endeavors, solo and with a variety of groups, often drifting in and out of each other's orbits and assisting with each other's recordings in some way. There was no particular agenda when the two finally sat down to kick around some joint musical ideas in late 2018. Still, the time was apparently right, and the sessions kicked up enough sparks to lead to the unforeseeable yet roundly fitting destination of Love You to Bits.

The result is a full-circle affair that brings the past into the present—a deftly constructed suite you could call ambient-experimental- groove-post-rock-house-techno-pop. The central seed was a song idea from the early 1990s that didn't get developed, as No-Man was already drifting from its beginnings in electronic-tinged smart artpop toward the more lush and dreamy sound of Flowermouth (One Little Indian, 1994). The love of big beats is present again here for the first time in ages. There's plenty of genuine dance-floor and remix potential, although the irresistible rhythm is powered along less by programs than real drums, courtesy of Ash Soan. The dynamic flow is built in painstaking detail with sharp licks and shimmering synths. Robotic effects come and go as often as straight-up free-jazz wailing; David Kollar's guitar and Adam Holzman's grungy keys each add a bristling spiky edge with a pair of wild high-energy solos.

In keeping with the duo's love of classic analog recordings, the affair is split into halves perfectly suited to the sides of an LP (or even cassette, which also got some copies as part of that format's small bizarre resurgence). Even with each part consisting of further subsections, it all adds up to one seamlessly flowing whole; the groove organically rises and falls with central motifs reappearing in permutations major and minor. Bowness spins dreamy thoughts about love present and past, conveying a lot of history with simple eloquence ("you're still the space between my lines"). A certain melancholia threads its way throughout, as it always seems to in both men's songwriting, even while the beat calls for feet on the floor. It all packs a remarkably brainy punch while reinforcing No-Man's preternatural ability to spin endless ear candy out of the simplest ideas. Just as vital are Bowness and Wilson's feel for flow, immersive atmosphere, aching romanticism and smarter-than-it-seems songcraft, all crackling at a level that wouldn't have been possible without their decades of experience to build on. Much like the band's catalogue as a whole, Bits ends up going to surprising and wonderful places while feeling perfectly natural at every turn.