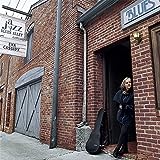 When Eva Cassidy died of cancer on November 2, 1996, few people outside of the Washington D.C. area had heard of this shy, young singer/guitarist. Five years later, a posthumously released collection of Ms. Cassidy’s work has sold well over one million copies in Europe and the United States. The reason for Ms. Cassidy’s appeal is simple. She had one of the most beautiful voices of her generation. Although a soprano, her singing had neither the stiff formality of a classical singer or the quavering uncertainty of a folk singer. She sang with power, guts and soul in a voice that stopped conversations and silenced rooms.

If Ms. Cassidy had lived, it would have been interesting to see how a music business obsessed with categories would have coped with her work. Although a talented painter and a poet, Ms. Cassidy was not a songwriter. She was an interpretive singer who found her material in the landscape of American life. She sang spirituals, blues, traditional American folk tunes, jazz standards and rock-era pop, and she transformed every song she sang into a remarkably personal statement. Ms. Cassidy was not a jazz singer per se although jazz and the classic American songbook were never far from her heart. Jazz fans will find in Ms. Cassidy a level of musicianship, intelligence and heart often missing from pop singers.

Live at Blues Alley is one of the three albums Ms. Cassidy recorded during her lifetime, and it remains a remarkable testament to a woman who had the talent to become the most important American interpretive singer since Frank Sinatra. Of course, we’ll never know if Ms. Cassidy could have lived up to that potential, and that makes her loss all the more tragic. Live at Blues Alley was the work of a singer only beginning to stretch her wings, and, as with every young singer, Ms. Cassidy made mistakes. However, given the circumstances and her scant professional output, critical nitpicking seems inappropriate. The finest performances from this disc, including a haunting reading of Sting’s “Fields of Gold,” are nothing less than transcendent.

Cheek to Cheek, Stormy Monday, Bridge Over Troubled Water, Fine and Mellow, People Get Ready, Blue Skies, Tall Trees in Georgia, Fields of Gold, Autumn Leaves, Honeysuckle Rose, Take Me to the River, What a Wonderful World, Oh, Had I A Golden Thread