By Eyal Hareuveni
June 5, 2011
Sign in to view read count 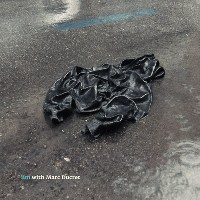 lim has been active now for more than ten years but the Swedish trio's members share a much deeper history. Saxophonist Henrik Frisk and drummer Peter Nilsson spent part of their adolescence in the same small town in southern Sweden (as did photographer Stefan Lundgren, whose art graces the release's cover), with bassist David Carlsson coming from a neighboring town. The trio has, over the years, developed tight but elastic interplay, despite the complexity of its compositions.

lim first collaborated with Marc Ducret during KOPAfestival 2006 and has since continued on and off—a perfect match. The Copenhagen-based French guitarist's thorny, intuitive and unorthodox style of playing—incorporating different influences and genres—sits well with lim's open dynamics and the urgency of its playing.

Recorded live in front of an audience in Malmö, Sweden during two nights in November 2010, the creativity of this musical summit is also evident in the names of its six compositions. The opening "How Yellow Can This Be?" refers to the color of the solar plexus chakra (Manipura), introducing Ducret to lim's organic manner of developing a structure with a telepathic communication amongst its members. When Ducret begins soloing, he charges lim's energy with extra doses to expands its sonic possibilities. The open-ended "My Flower, Your Power," reaffirms the quartet's established chemistry in its surprising turns and boundless energy.

"The Pointer" refers to the last Swedish parliamentary election, when a nationalist-racist party was elected, described in the liner notes as, "a step towards an ignorant and anti-intellectual society and solidarity." It is an ironic, loose blues, led first by Frisk, and later joined by Ducret, who takes the tune to more open, distorted regions. "The Tranebird," one of lim's favorite tunes, written over fifteen years ago, is another open-ended tune, built on shifting rhythmic layers. This promising collaboration concludes with an ironic reference to the film This is Spinal Tap (1984) with "How Black Can It Be?," summarizing the affinity, vitality and flowing creativity of these four gifted musicians in top energetic form.

How Yellow Can This Be?; My Flower, Your Power; The Pointer; The Medallion; The Tranebird; How Black Can It Get?