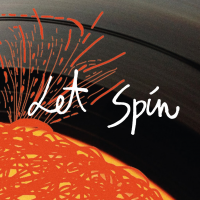 This eponymously titled album emanates from a new and exciting British band, which although the brainchild of its guitarist Moss Freed, is not actually his band as such, in that there is no formal leader and each of the quartet share equal composing duties. Freed has already made two fine albums under his own name (under the aegis of The Moss Project), whilst bassist Ruth Goller latterly played with the well-established UK band Acoustic Ladyland. Chris Williams is alto saxophonist in the widely acclaimed Led Bib, whilst drummer Finlay Panter is a member of the Manchester based big band Beats and Pieces.

The opening track, Goller's "Castle, Sea, Ferry," is a ruminative, perfectly constructed foray, with an elegant, often revisited melody underpinned by chunky bass, which aptly sets the scene for this 50 minute album. As a contrasting juxtaposition comes Panter's composition, the up tempo, thrashy and intricately scored "Awowowa."

Freed's classical guitar training (culminating in a music degree from Edinburgh University) comes to the fore in his first contribution here "How to Woo a Dolphin," a skilfully constructed pastoral number, opening and closing with finger picked guitar but gradually dominated by electric guitar single melody lines and chords. It's here that the remarkable interplay between these four musicians becomes even more apparent.

The walking bass start to Chris Williams' "Shapes and Sizes" gradually progresses into an off-the- wall rumbustious piece with guitar effects to the fore, closely shadowed by wailing saxophone and ending with a complex unison passage culminating in a satisfying resolution.

Let Spin is distinguished by the group's cohesiveness, undoubtedly due to the obvious musical compatibility of its members and importantly, their clear and inventive sound which is never drowned out by overblown production or gratuitous distortion. This is an excellent debut album, by four talented musicians who clearly possess original ideas and are not afraid to use them.

Castle, Sea, Ferry; Awowowa; How to Woo a Dolphin; Shapes and Sizes; 102 Hill Street; Piper; Up and at Them; A Change is Coming.