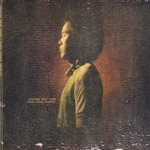 Dana Leong is a phenomenon: a creative and eclectic cellist, a gifted melodist and composer, and a wonderfully expressive trombonist. Leong's working quintet features Alan Grubner (viola and violin), Christian Howes (acoustic and electric violin), Jason Lindner (piano, organ and Moog) and Tony Escapa (drums). They are joined on Leaving New York by rap poet Baba Israel, who contributes "Poem and "Beer Goggles, the latter an extended funk workout a la Bootsy Collins, with Escapa backbeating a tight dry snare drum behind Lindner's sci-fi organ, the string trio answering with conversational lines that weave in and around the flow-etry.

Other special guests include Christian McBride, who plays a charismatic introduction and fleet-fingered fills on "Sunrise, and Paquito D'Rivera, whose virtuosic clarinet dances effortlessly with the strings on "Insatiable. Violinist Christian Howes bows a rocking, wah-wahed solo on "Sunrise and strums chicken scratch rhythms on "Beer Goggles, while Leong contributes a number of fine improvisations, particularly the melodically inventive trombone of "Storm Warning and the dexterous cello of "Sunrise. Leong's writing is excellent throughout: "Sunrise, "Insatiable, and "The Way contain intriguing string arrangements; "Poem, "Storm Warning, and the hymnlike "Amen feature flowing, lyrical melodies.

Leong's music is exemplary of the musical enthusiasm that seems to bubble up out of New York like no other place, offering its flavors and its Earth rhythms to the world at large.