Laurence Crane: Composer of the Year?

By John Eyles
June 25, 2014
Sign in to view read count
Laurence Crane is a contemporary composer who was born in Oxford in 1961. He has said of his music, "I use simple and basic musical objects— common chords and intervals, arpeggios, drones, cadences, fragments of scales and melodies. The materials may seem familiar, perhaps even rather ordinary, but my aim is to find a fresh beauty in these objects by placing them in new structural and formal contexts."

Crane's compositions have frequently been played in concert. Apart from tracks on compilations, it has not been easy to track down recordings featuring his music, the most notable exception being Michael Finnissy's recording Solo Piano Pieces 1985-1999 (Metier, 2008). Consequently, Crane has not become as big a household name as some of his contemporaries. Now, two recent releases seem likely to change that situation in the near future... 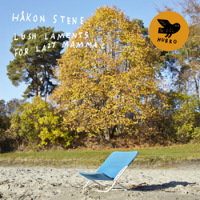 Lush Laments for Lazy Mammal is Håkon Stene's debut on Hubro and his first album under his own name, although he has an impressive discography as a percussionist with others. Six of this album's nine tracks are Laurence Crane compositions, with Gavin Bryars, Christian Wallumrød and Stene himself contributing one each. As a result, the Crane pieces are very influential in determining the mood of the album. Played on acoustic instruments, with any use of electricity being subtle and restrained, the music fits Crane's description above, with "beauty" being a key word. His pieces evolve gently at their own pace, never sounding rushed or forced; so each one has a tranquil, meditative quality that draws the listener in and is totally engaging.

Listeners may occasionally have to double check the running time of a track; in a positive way, Crane and Stene have the uncanny knack of creating soundscapes which allow the listener to drift away, making two or three minutes seem far longer. Quite blissful. Crane has resisted the "minimalism" tag being attached to his music, but it is not difficult to hear why it has attracted it; although the music does not have the repetitive quality of much Reich, Glass or Riley, it is stripped back to basics without fat, slack, unnecessary ornamentation or drama. The resulting stark beauty makes it music to be returned to again and again. 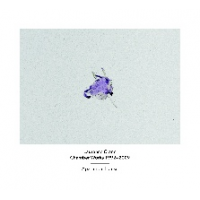 This double CD release puts Laurence Crane in the spotlight as never before. The music is played by Apartment House, an ensemble with whom Crane has worked closely, writing various pieces for them. These recordings were supervised by Crane himself, indicating that they come with his seal of approval. Although Crane began composing in the early to mid 80's, the music here is drawn evenly from across the years 1992 to 2009, a classic period that takes in many of his key compositions.

Across this recording and the one above, most intriguing are the three pieces from the 90's—"Bobby J," "See Our Lake" and "Riis"—that occur on both, allowing comparison of the versions. Despite the differences of personnel and instrumentation, such comparisons reveal that, in different hands, Crane's compositions create remarkably similar emotional spaces, and their formal beauty never risks tipping over to become cloying or mawkish.

Of the more recent compositions, "Seven Short Pieces" (which lives up to its title; they all clock in at under two minutes) is an object lesson in mood manipulation, as Crane deploys his limited palette to subtly change the feel from piece to piece. In total contrast, the prolonged—nearly 22 minute—"Piano Piece no. 23 'Ethiopian Distance Runners,'" performed solo by Philip Thomas, is an eloquent illustration of a recent Crane quote, "Another metaphor that I've used before for thinking about my work is that of walking through a landscape, where the landscape remains essentially the same, but little details in it change, or come into and out of focus as you walk through it. So your experience when you've got to the endpoint will have changed, but the landscape itself has not changed much."

This is an essential album, sure to be one of the year's very best.