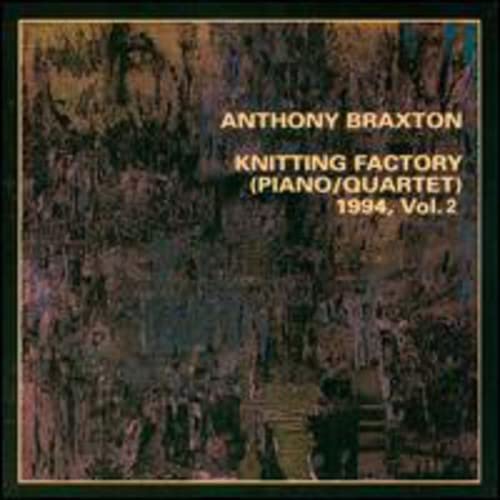 Listening to Anthony Braxton’s piano albums (my count is up to five now) I always get the visual image that occasionally opens the British television show Monty Python’s Flying Circus, of comedian John Cleese. Usually you would hear Cleese playing the piano long before you saw him, the camera panning across some forest or beach scene to a piano placed outdoors, and Cleese playing it naked! Oblivious to his setting and raw conditions the comedian plays on, smiling to the camera.

It is not unusual for a horn player to sit in on piano, remember Dizzy Gillespie setting aside his trumpet to play the piano parts on Charlie Parker’s famous “Ko Ko”? Drummer Jack DeJohnette recorded a treasured Piano Album and saxophonist Charles Gayle regularly records at the piano (and sometimes in a clown suit, but that is another story). Everyone from Wynton Marsalis to James Carter compose music at the piano. Braxton I’m sure is no exception.

What is peculiar about Braxton’s piano playing, and different from say, Ornette Coleman’s violin performances, is that he is a proficient technician of the instrument that consciously chooses to play keyboards as if they were an alto saxophone, specifically his alto saxophone. With the recent CD release of his 1969 recording For Alto (Delmark), Braxton’s career as a consummate innovator is apparent.

This two-disc recording is the companion to the Leo 1995 disc Knitting Factory/Quartet Vol. 1 and further documents his 1994 gig at the famous Downtown landmark. Braxton and company stick to jazz standards. What else would one play as he tears down and rebuilds a canon? The horn player (literally) is Marty Ehrlich, an under-appreciated overwhelmingly talented voice in jazz. His horn, drummer Pheeroan Aklaff and bassist Joe Fonda sometimes are the only things tying this music down. If Braxton had his way, the music would be barely recognizable as standards. But isn’t that the beauty of Braxton, like on the remarkable Charlie Parker Project 1993 or his Eigth (+3) Tristano Compositions 1989 (both on Hat Art) where he plays the familiar in his own now familiar style. It is advisable to hide the children and buckle up when Braxton at the keyboards. He clusters, punches, and moves. For him the piano isn’t a part of the rhythm section, it’s almost as if Ehrlich plays straight man to his wildman act. I like this music, probably only because it skirts the familiar. Braxton constantly pushes the band (and listeners) into the unfamiliar making for the uncomfortable. Is that the essence of jazz from Armstrong to AACM? You betcha!